Have fossil fuels been substituted by renewables? An empirical assessment for 10 European countries


Abstract.
The electricity mix worldwide has become diversified mainly by exploiting endogenous and green resources. This trend has been spurred on so as to reduce both carbon dioxide emissions and external energy dependency. One would expect the larger penetration of renewable energies to provoke a substitution effect of fossil fuels by renewable sources, in the electricity generation mix. However, this effect is far from evident in the literature. This paper thus contributes to clarifying whether the effect exists and, if so, the characteristics of the effect by source. Three approaches, generation, capacity and demand, were analysed jointly to accomplish the main aim of this study. An autoregressive distributed lag model was estimated using the Driscoll and Kraay estimator with fixed effects, to analyse ten European countries in a time-span from 1990 until 2014. The paper provides evidence for the substitution effect in solar PV and hydropower, but not in wind power sources. [emphasis added] Indeed, the generation approach highlights the necessity for flexible and controllable electricity production from natural gas and hydropower to back up renewable sources. Moreover, the results prove that peaks of electricity have been an obstacle to the accommodation of intermittent renewable sources.

Download original document: “Have fossil fuels been substituted by renewables? An empirical assessment for 10 European countries”

Effect of Energy Storage on Variations in Wind Power 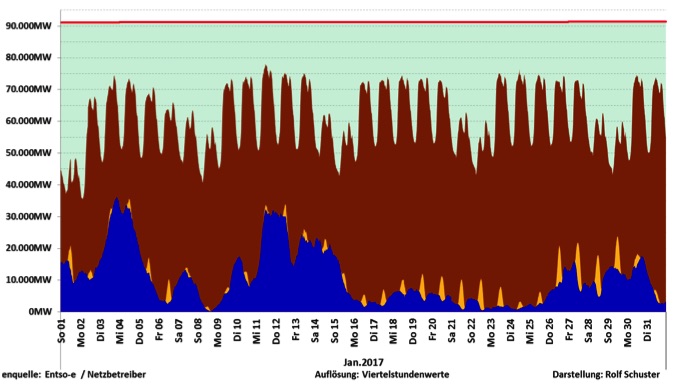 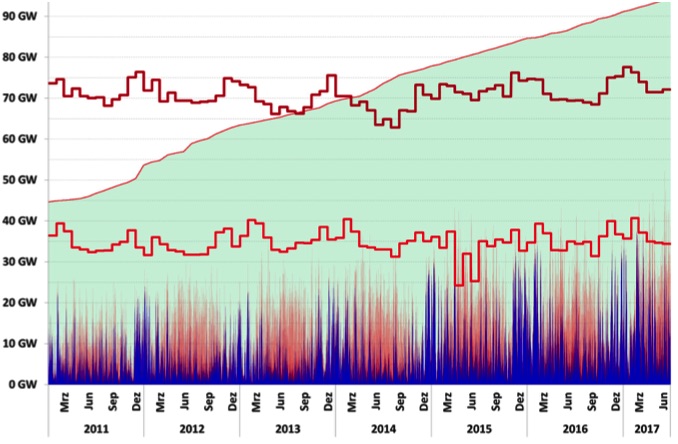 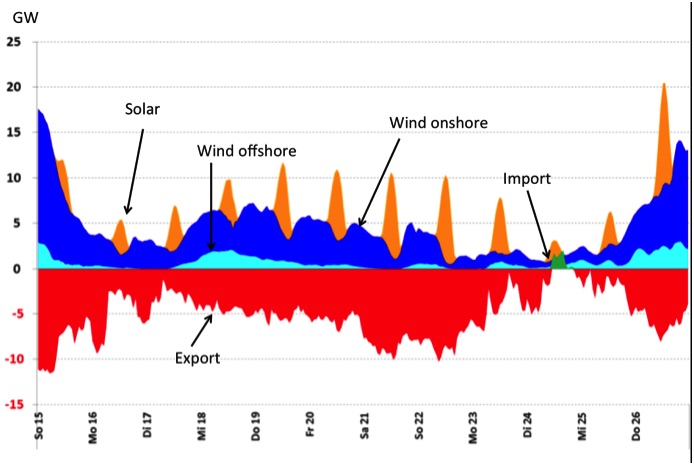 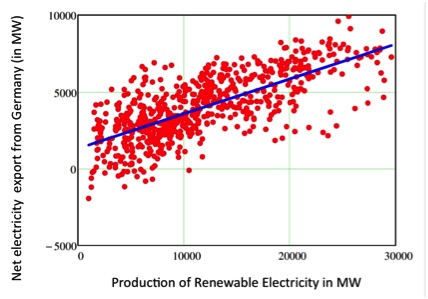 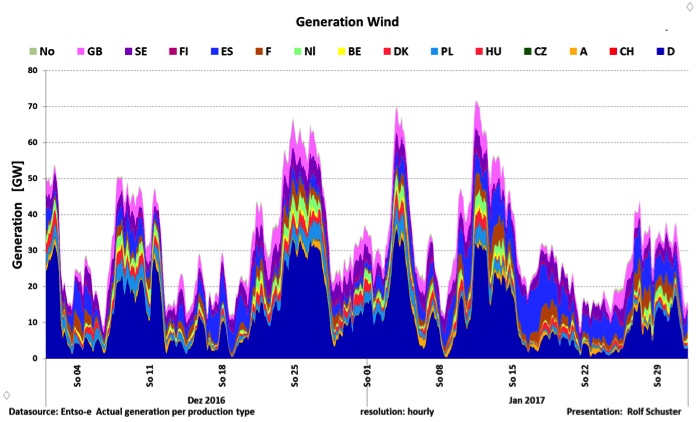