What is in-cloud icing?

How far can the ice be thrown?

How dangerous is the ice?

How large a risk can we accept?

Localized individual risk metric: the probability that an average unprotected person, permanently present at a specified location, is killed in a period of one year due to an accident at a hazardous installation 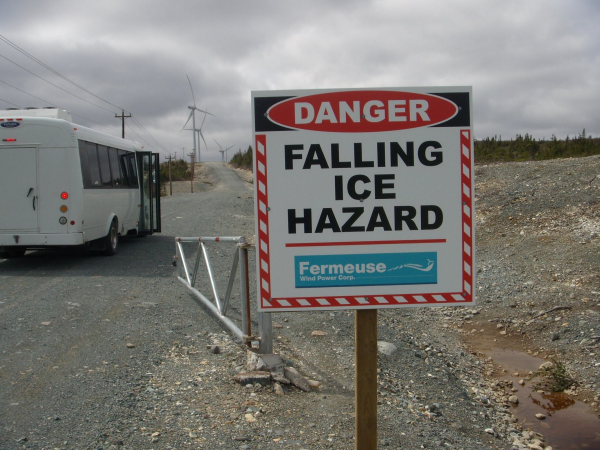 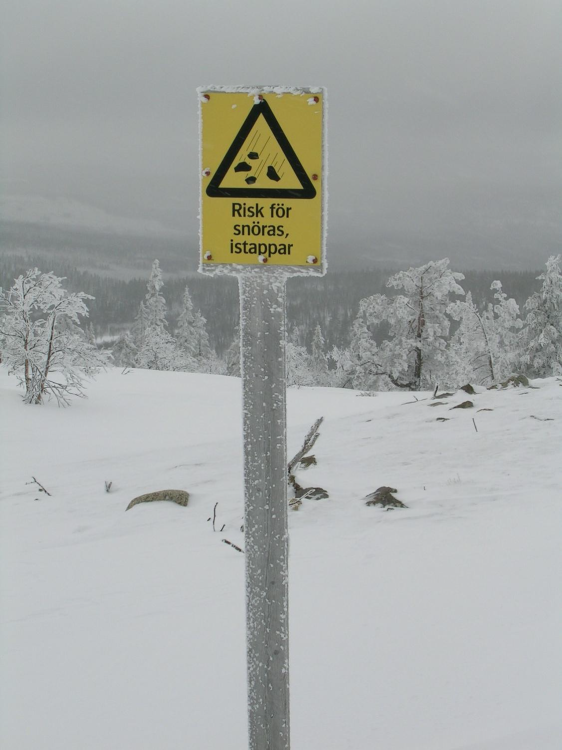 Abstract – High-voltage direct current (HVDC) subsea cables are used to transport power between locations and from/to nearshore and offshore facilities. HVDC cables produce magnetic fields (B-fields) that could impact marine fish. Atlantic haddock (Melanogrammus aeglefinus) is a demersal fish that is at risk of exposure to anthropogenic B-fields. Their larvae drift over the continental shelf, and use the Earth’s magnetic field for orientation during dispersal. Therefore, anthropogenic magnetic fields from HVDC cables could alter their behavior. We tested the behavior of 92 haddock larvae using a setup designed to simulate the scenario of larvae drifting past a B-field in the intensity range of that produced by a DC subsea cable. We exposed the larvae to a B-field intensity ranging from 50  to 150 µT in a raceway tank. Exposure to the B-field did not affect the spatial distribution of haddock larvae in the raceway. Larvae were categorized by differences in their exploratory behavior in the raceway. The majority (78%) of larvae were nonexploratory, and exposure to the artificial B-field reduced their median swimming speed by 60% and decreased their median acceleration by 38%. There was no effect on swimming of the smaller proportion (22%) of exploratory larvae. These observations support the conclusion that the swimming performance of nonexploratory haddock larvae would be reduced following exposure to B-field from HVDC cables. The selective impact on nonexploratory individuals, and the lack of impact on exploratory individuals, could have population-scale implications for haddock in the wild.

Abstract. Thousands of industrial-scale wind turbines are being built across the world each year to meet the growing demand for sustainable energy. Bats of certain species are dying at wind turbines in unprecedented numbers. Species of bats consistently affected by turbines tend to be those that rely on trees as roosts and most migrate long distances. Although considerable progress has been made in recent years toward better understanding the problem, the causes of bat fatalities at turbines remain unclear. In this synthesis, we review hypothesized causes of bat fatalities at turbines. Hypotheses of cause fall into 2 general categories proximate and ultimate. Proximate causes explain the direct means by which bats die at turbines and include collision with towers and rotating blades, and barotrauma. Ultimate causes explain why bats come close to turbines and include 3 general types: random collisions, coincidental collisions, and collisions that result from attraction of bats to turbines. The random collision hypothesis posits that interactions between bats and turbines are random events and that fatalities are representative of the bats present at a site. Coincidental hypotheses posit that certain aspects of bat distribution or behavior put them at risk of collision and include aggregation during migration and seasonal increases in flight activity associated with feeding or mating. A surprising number of attraction hypotheses suggest that bats might be attracted to turbines out of curiosity, misperception, or as potential feeding, roosting, flocking, and mating opportunities. Identifying, prioritizing, and testing hypothesized causes of bat collisions with wind turbines are vital steps toward developing practical solutions to the problem.

Ahlén, Ingemar; Baagoe, Hans; and Bach, Lothar. 2009. Behavior of Scandinavian Bats during Migration and Foraging at Sea. Journal of Mammalogy 90, 1318-1323.

Abstract. We studied bats migrating and foraging over the sea by direct observations and automatic acoustic recording. We recorded 11 species (of a community of 18 species) flying over the ocean up to 14 km from the shore. All bats used sonar during migration flights at sea, often with slightly lower frequencies and longer pulse intervals compared to those used over land. The altitude used for migration flight was most often 10 m above sea level. Bats must use other sensory systems for long-distance navigation, but they probably use echoes from the water surface to orient to the immediate surroundings. Both migrant and resident bats foraged over the sea in areas with an abundance of insects in the air and crustaceans in the surface waters. When hunting insects near vertical objects such as lighthouses and wind turbines, bats rapidly changed altitude, for example, to forage around turbine blades. The findings illustrate why and how bats might be exposed to additional mortality by offshore wind power.

Download complete article: “Behavior of Scandinavian Bats during Migration and Foraging at Sea”

Abstract. Little is known regarding the migratory behavior of bats, due in part to their elusive nature. Recently, however, fatalities of migratory bats at some wind energy facilities across North America have provided the opportunity and impetus to study bat migration at the landscape level. Using acoustic monitoring and carcass searches, we examined variation in activity levels and fatality rates of bats across southern Alberta, Canada, to determine if bat activity and fatality are concentrated in certain areas or evenly distributed across the landscape. To investigate geographical variation in bat activity, we acoustically monitored activity from 15 July to 15 September 2006 and 2007 at 7 proposed or existing wind energy installations across southern Alberta (~155 km between the most westerly wind energy facility and the most easterly). Activity of migratory bats varied among sites, suggesting that, rather than migrating in a dispersed way across a broad area, bats concentrate along select routes. To investigate variation in bat fatality rates among wind energy installations, we compiled fatality data collected between 2001 and 2007 from 6 wind energy facilities and conducted carcass searches at 3 wind energy installations in 2006 and 2007. Fatality rates differed among the 9 sites, partly due to differences in turbine height, but also due to differences in migratory-bat activity and the interaction between bat activity and turbine height. Our results indicate that bats migrate in certain areas and that measuring migratory activity may allow wind energy facilities to be placed so as to minimize bat fatalities.