What obstacles exist to the siting of wind generation?

Grid interconnection requests by region (as of 10/07):

TOTAL: 164,900 MW
Notes:
a) rounded to nearest 100 MW;
b) some numbers may be inflated due to occasional multiple interconnection study applications;
c) entry in the queue does not guarantee a project will be built; however, it is an indicator of activity.

“The noise … is at times unbearable. At best we get a constant pulsating thump from the blades … During summer months it sometimes becomes impossible for us to sit out in our garden. When we go inside … the pulsating noise is so invasive.”
Letter in the Carmarthen Journal May 2005

“Noise and vibrations from the turbines penetrate our homes. At times there is no escape from it. It doesn’t matter which room you go to, there is no escape. [It] ranges from the sound of a high range jet to a fleet of planes … approaching but never arrive. When it’s really bad it takes on a repetitive, pulsating, thumping noise that can go on for hours or even days.”
W. Todd Testimony to ME Wind Power Task Force Sep 2007

Wildlife and habitat? Precautionary principle should prevail.
• Annual kill of bats by wind turbines in only the Mid-Atlantic Highlands region is projected to be 111,000 by 2020. (Kunz et al.)
• Thousands of birds/bats killed yearly at individual wind sites in WV, TN, PA, NY and Alberta. Altamont is not an anomaly! (post-construction surveys)
• Only modest investments in monitoring and data collection. In some cases, researchers locked out (NAS report 5/07) 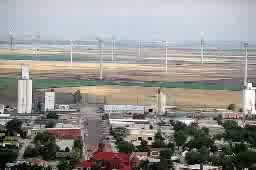 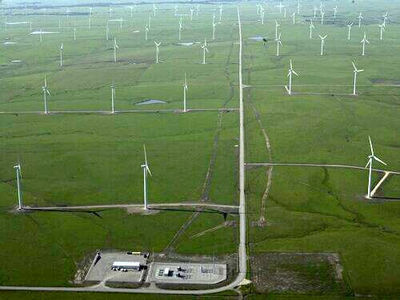 What can you do?
• Recognize wind ‘farms’ and wind ‘parks’ for what they are – Electric generating facilities.
• Look before you embrace – Contradicting research should raise a red flag.
• Enable “public-friendly” proceedings – Participation should not be exempted – as recently happened in MD.
• Instigate state and local guidelines – Protect the public and the environment from negative impacts.