Wind farms and tourism in Scotland: A review with a focus on mountaineering and landscape

1. In the course of public debate on contentious topics, especially when large sums of money and politics are involved, ‘evidence’ is often collateral damage. Statistics are more often than not used, as the old joke has it, as a drunk uses a lamp-post: for support not for illumination.

2. This paper is the product of frustration and dismay at the misuse of evidence, particularly statistical evidence, by a powerful pro-wind lobby to create a confused, unbalanced and complacent picture of the possible impact of the growth of onshore wind electricity generation in Scotland on tourism and recreation, particularly mountainlinked tourism and recreation. Hyperbole by opponents of wind energy in the face of this well-organised and well-connected lobby is understandable, but equally fails to illuminate.

4. This paper is an independently-written attempt to assess, as objectively as possible, what is really known about the possible impact of wind farms upon mountain-linked tourism and recreation within Scotland. This is set in the context of tourism in general, not least because there is no data specifically on mountaineering other than that produced by Mountaineering Scotland itself. It is foregrounded by a brief setting out of my personal and Mountaineering Scotland’s positions so that readers can judge whether these have biased my interpretation of the available evidence.

The key findings are:

5. There is no simple answer to the question of whether wind farms affect tourism (or recreation). It depends on

6. The hypothesis that best fits the available, far from perfect, data is that wind farms do have an effect on tourism but the effect is experienced predominantly in areas where large built structures are dissonant with expectations of desired attributes such as wildness or panoramic natural vistas, and where a high proportion of visitors come from the 25% of tourists in Scotland who are particularly drawn by the quality of upland and natural landscapes, with mountaineering visitors prominent amongst these. In much of Scotland, and for most tourists, wind farms are no serious threat to tourism: the nature of the local tourism offer, and good siting of wind farms, mean they can co-exist.

7. The main adverse effect of wind farms on tourism, thus far, is displacement within Scotland from areas perceived as ‘spoilt’ to areas seen as still retaining the desired sense of naturalness. The GCU Moffat Centre study, relied upon by developers and the Scottish Government, estimated the likely level of tourism displacement across Scotland by wind farms to be around 1-2%. The estimates in the present paper range up to 5%. This difference is modest given the five-fold increase in onshore wind farm capacity in Scotland between the data points for the two studies (2007 & 2015).

8. Tourism in Scotland is not thriving, with standard indicators of tourism volume in 2016, the latest available consistent data, still below pre-2008 levels. Positive media coverage of a ‘thriving’ tourism sector, typically based on statistically selective press releases, is seldom supported by the full figures. In a competitive world, it is foolish to put at risk any segment of Scotland’s tourism market.

9. Five per cent of Scottish tourism spend would be £250m. This is well within the range of fluctuation seen in national tourist spend from year to year and therefore undetectable, even if it was all lost to Scotland and not simply displaced within Scotland. Since the true figure could well be smaller, attempting to find evidence in national or regional tourism statistics of the effect of any particular change is almost certainly futile. It is statistically illiterate to think the lack of detection of a modest effect in volatile regional and national tourism statistics is evidence of no effect.

10. But any effect of wind farms will be much less visible in routine statistics because the income is not lost to the national tourism economy but displaced and relocated within Scotland. Even the lowest level estimated – 1% or £35m – would have a marked impact if concentrated in a limited number of places. It is still doubtful if such an effect could be detected in routine statistics since much tourism economic activity does not feature in statistics (e.g. many tourism business are below the VAT registration level) and it is such activity that might be most likely to be affected by a local drop in visitors.

11. BiGGAR Economics has attempted to look at impact in the vicinity of a general cohort of wind farms and has found no effect. Setting aside several methodological concerns about this study, the sample included only one wind farm in an area where a tourism effect would be predicted based on the conclusions of the present paper. The postconstruction outcome data for this wind farm was confounded by continuing wind farm construction locally, making it impossible to separate any tourism effect from the effect of construction worker accommodation and expenditure.

12. The evidence on wind farms and tourism in Scotland relates to the present pattern of development consented under a rigorous planning system. Mountaineering Scotland does not agree with all planning decisions, but the process is certainly exacting. This makes it difficult to assess impact on mountaineering or wild land tourism empirically because few wind farms that might be expected to have an adverse effect have been consented and most are not yet built. Insofar as Mountaineering Scotland objections can be used to identify planning applications in areas important for mountaineering and related tourism, there have been only eight wind farm consents in such areas and only two were operational by 2016. When wind farms are refused planning permission in mountain or wild land areas the reasons given are typically landscape and visual, but an unrecognised side-effect has been to limit potential for tourism impacts.

13. Despite the clearly inadequate nature of the present evidence base on wind farms and tourism, the Scottish Government remains content with reviews of old research with almost no primary research later than 2008, despite the substantially changed context. That the government and its agencies have little interest in commissioning research to better define and understand the interaction between specific segments of the tourism market and wind farms is to be regretted and serves the public interest poorly.

14. Strategic and local planning decisions on the extent and pattern of wind farm development in Scotland should take better account of the potential for adverse impact in areas important for landscape-dependent tourism, and safeguard sufficient such areas in each part of Scotland. It is not enough to protect only those landscapes within the small number of National Parks and National Scenic Areas.

Download original document: “Wind farms and tourism in Scotland: A review with a focus on mountaineering and landscape”

Wind farms and groundwater impacts: A practice guide to EIA and Planning considerations

What impact can a wind farm have on groundwater?

The development of a wind farm has the potential to impact on groundwater quality, groundwater quantity and/or the established groundwater flow regime. Figure 1 shows the scale and extent of the foundation of a single wind turbine which could potentially impact on the aquatic environment. Changes to the local water environment can affect receptors such as wells/boreholes, springs, wetlands and waterways, and can also have implications for groundwater dependent ecology and/or land stability. 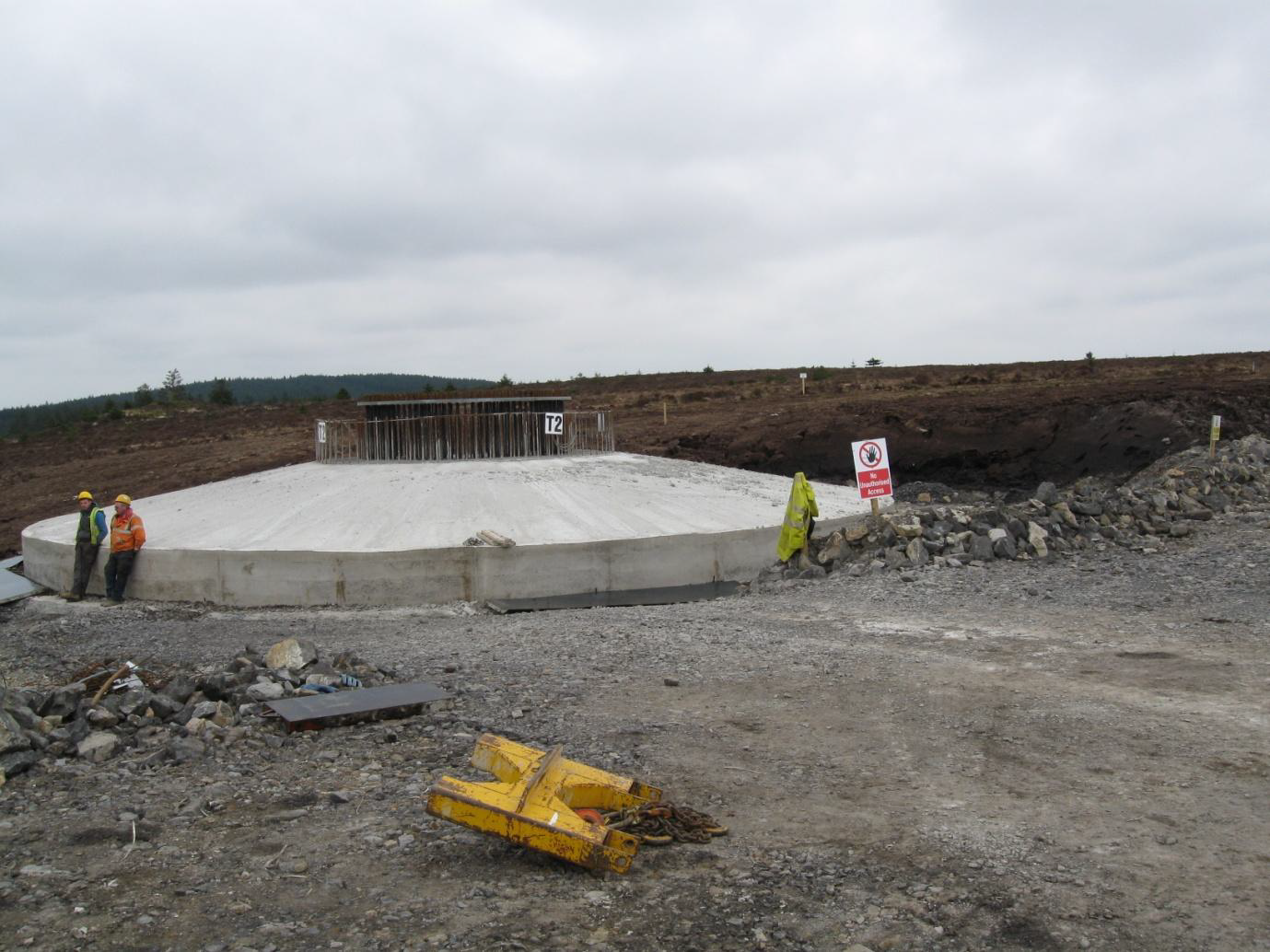 Figure 1: Construction of the foundation of a single wind turbine.

The key impacts to groundwater that can result from the construction, operational and decommissioning stages of wind farms are summarised in Table 1 below.

Abstract:
In the last decade, the number of offshore wind farms has increased rapidly. Offshore wind farms are typically constructed in near-shore, shallow waters. These waters can be highly productive or provide nursery grounds for fish. EU legislation requires assessment of the environmental impact of the wind farms. The effects on hard and soft substrate fauna, seabirds and marine mammals are most frequently considered. Here we present Landsat-8 imagery that reveals the impact of offshore wind farms on suspended sediments. Turbid wakes of individual turbines are observed that are aligned with tidal currents. They are 30–150 m wide, and several km in length. The environmental impact of these wakes and the source of the suspended material are still unclear, but the wake size warrants further study. The underwater light field will be affected by increased suspended sediments and the turbid wakes could significantly impact sediment transport and downstream sedimentation. The question of whether such features can be detected by other remote sensors is addressed by a theoretical analysis of the signal:noise specification for the Operational Land Imager (OLI), the Enhanced Thematic Mapper Plus (ETM +), the Advanced Very High Resolution Radiometer (AVHRR/3), the Moderate-Resolution Imaging Spectroradiometer (MODIS), the Spinning Enhanced Visible and Infrared Imager (SEVIRI), the Flexible Combined Imager (FCI) and the Multispectral Instrument (MSI) and by a demonstration of the impact of processing OLI data for different spatial resolutions.

This review was commissioned by the Department of Energy & Climate Change (DECC) in spring 2015 and finalised before DECC became part of the Department for Business, Energy and Industrial Strategy in July 2016.

The research has reviewed the evidence on the response to amplitude modulation (AM) in relation to wind turbines. It was undertaken by a research team lead by WSP Parsons Brinkerhoff, who are responsible for the overall editorial content of the report, and supported by three independent external reviewers.

The review considered the robustness of relevant dose-response relationships and how, in a policy context, the level(s) of AM in a sample of noise data should be interpreted. In particular, it considered at what point AM causes a significant adverse impact and has recommended how excessive AM from wind turbines might be controlled through the use of an appropriate planning condition.

The final report addresses comments raised by three peer reviewers, appointed by DECC. The reviewers, from Denmark and the Netherlands, are experts in noise and health.

While this research does not represent planning guidance, BEIS encourages developers and planning authorities in England to consider this research when determining if an AM condition would be appropriate.

The contractor worked closely with the Institute of Acoustics’ AM working group, who in August 2016 recommended a preferred metric and methodology for quantifying and assessing the level of AM in a sample of wind turbine noise data [click here for review from the Independent Noise Working Group].