Twin Groves Wind Farm, located mostly in McLean County east of Bloomington, Ill., currently has 240 1.65-MW Vestas turbines. The second phase of 120 was completed early 2008. At least 240 more are planned by Horizon in this area to [create] one of the largest future wind farms in the US.

According to Wikipedia: “McLean County boasts some of the richest soil in the world. Only patches of farmland in Argentina, southern Ukraine and along the Yellow River in China match the fertile ground that covers much of the northern half of Illinois, particularly a high-yielding band through the state’s midsection. It is the top-producing county in the United States for both corn and soybeans.”

These pictures were taken Sunday [April 26, 2009] in Twin Groves after being told by a local farmer about a farmer friend who signed a contract with a wind developer and now wants out of his contract after seeing the erosion around the turbines and access roads. He has decided it would be difficult to farm around them, but the developer will not let him out of his contract. 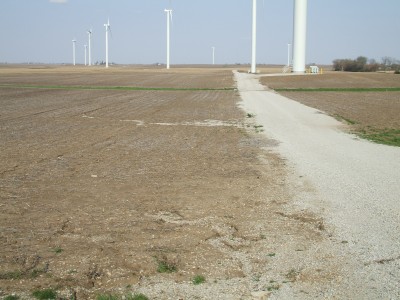 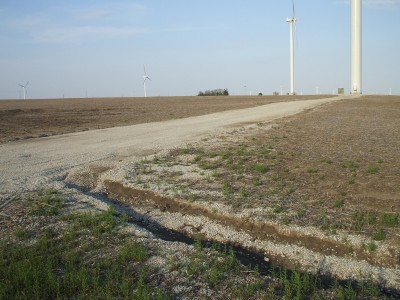 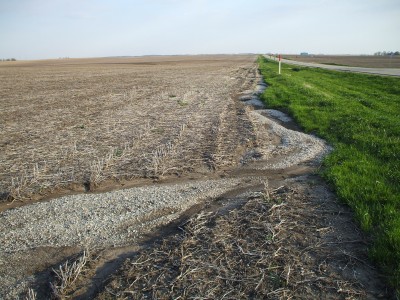 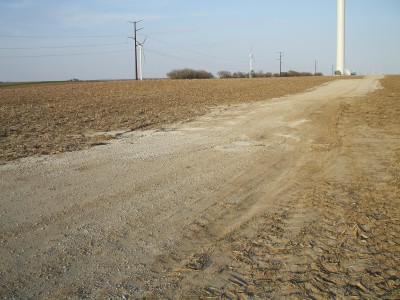