Hiking up Rumford Whitecap before the onslaught of turbines

On Sunday, October 3, Stephen Watson and I made a pilgrimage up Rumford Whitecap Mountain in Oxford County. I say pilgrimage because this is a stunning and unique mountain, one of the lowest elevations to find sub-arctic flora in the state. It has sweeping 360 degree views from its open ledges. It has always been a favorite hike to me and this year was special, as it is likley the last time to hike this gem and see the viewshed unsullied by industrial wind turbines. I have posted a series of photos, with captions, in this blog.

Rumford Whitecap is so highly regarded that, after years of negotiation, the Mahoosuc Land Trust was able to purchase part of the summit and ensure access. See the Mahoosuc Land Trust link: http://www.mahoosuc.org/whitecap.html. The Land Trust spent a lot of money on the project, with $243,000. coming from the Land for Maine’s Future Fund—that is taxpayers’ money. Yet in spite of the state voting in excess of $200 million of face value plus interest on Land for Maine’s Future bonds, the state is promoting industrial wind turbine sites all around these “extraordinary” and “special places” that were purchased for the people, by the people, to preserve.

At Rumford Whitecap, starting just 3 miles to the north, is Partridge Peak, Flathead Mt., and Record Hill, site of Independence Wind’s Record Hill Project. The roads created in 2009 by this developer are clearly seen in the photo. It will be the site of 22 turbines. Immediately adjacent to the summit of Rumford Whitecap are North & South Twin Mts. and Black Mt., which First Wind proposes for its “Longfellow” project of 20 turbines. Directly east, across the Androscoggin River Valley, is Spruce Mountain in Woodstock. Patriot Renewables will erect 11 to 17 turbines on that prominent ridge. Looking to the northeast beyond the towns of Rumford and Mexico are two more Patriot Renewables sites: Saddleback Ridge in Carthage for 20 turbines and an equal number in Dixfield on Col. Holman Mt.

If all these proposed projects get built out, this wonderful, stunningly scenic place we have spent public tax money to preserve will have around 100 huge industrial wind turbines surrounding it. It will be ruined forever. I ended my hike that day bittersweet, with the usual hikers’ bliss of having climbed into another world of grand vistas, offset by the heartbreak of knowing that should any wind turbines destroy the vista of Rumford Whitecap, I shall never return. 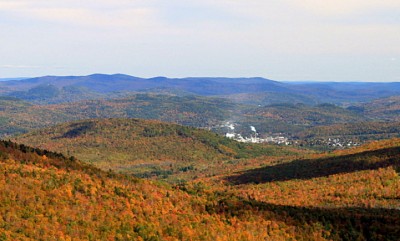 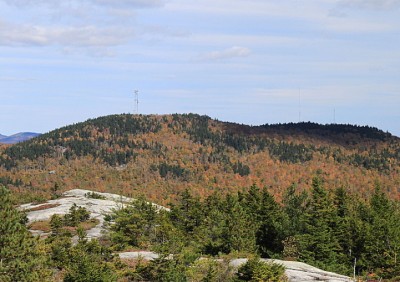 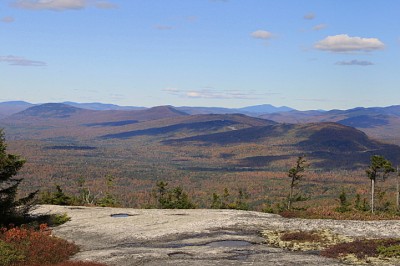 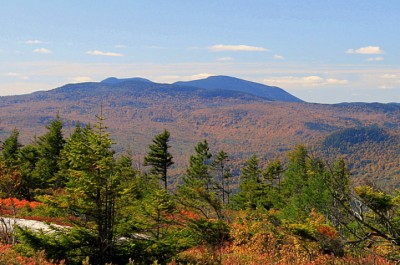 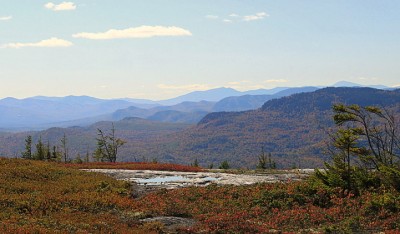 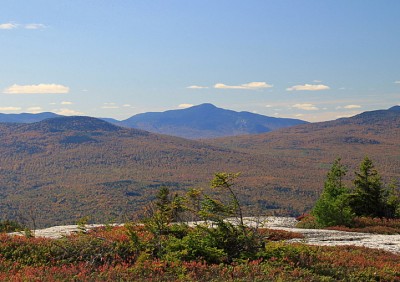 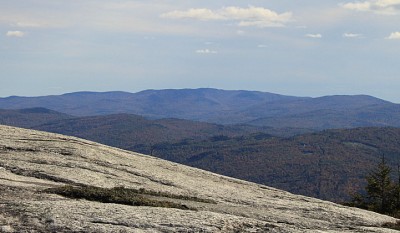 I lived near Bethel in the 1970’s, when I first discovered Rumford Whitecap. In more than 40 years, I have hiked the entire length of the Appalachian Trail in Maine and climbed just about every major mountain with a trail on it and some with no trails. I have been awed by the spectacular beauty of Maine’s mountains and charmed by the subtle vignettes of nature that abound. I strongly believe that industrial wind power development in Maine is a travesty that we will come to regret. I am angry that the political climate of today has allowed such unjustified destruction of rural Maine to take place. Please join in the efforts of the Citizens Task Force on Wind Power to battle this scourge and save Maine’s vaunted “Quality of Place”. Hike Rumford Whitecap, Tumbledown, Bigelow, and the other great places before they are surrounded by wind turbines. You owe it to your soul.

[By courtesy of the Citizens’ Task Force on Wind Power]