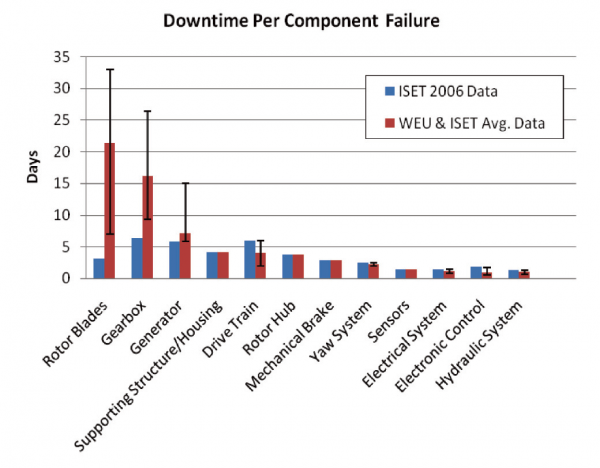 As part of our research into failure rates, costs and downtime on US Wind Farms, we have built a model which estimates lifetime costs of scheduled maintenance for a wind farm in the US. The input data used to build this data pack is a 210MW wind farm made up of 105 2MW turbines of 80 metres in height. The tables below show component risk factors, periodic maintenance costs, failure scenarios and supply chain factors [all costs USD]. CMS [complete monitoring system] options play an increasingly important role in both mean time to repair and the time between failures. As a result they have a large impact on costs. These are also taken into account. Finally the data pack provides major component lifetime O&M cost for the wind farm.

We have also looked at failure rates across different turbine technology types and designs. The graph below shows major component failure rates for all types of turbines in our dataset during the first ten years of operations. Different failure modes have different repair times, ultimately leading to different costs. 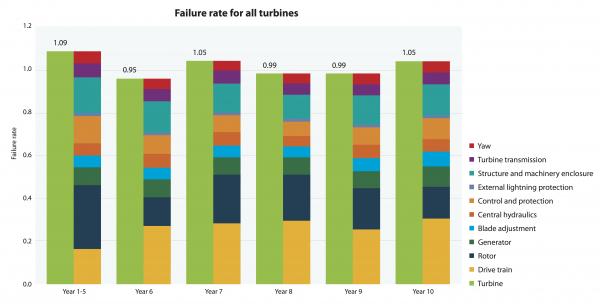