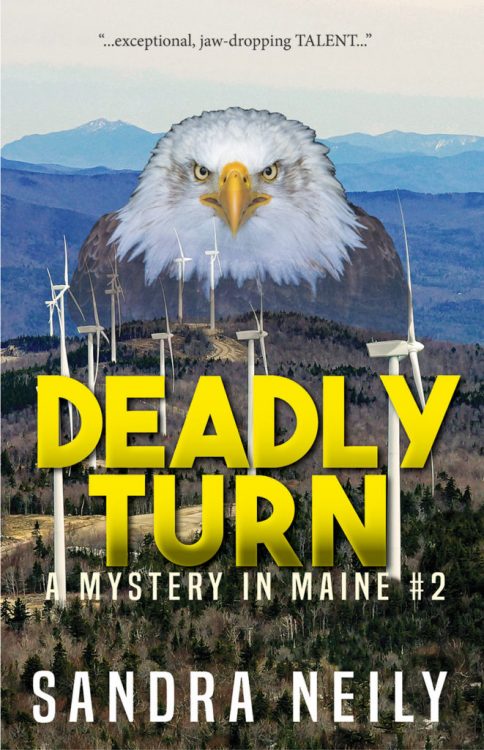 In “Deadly Turn,” Patton and her wayward dog Pock are hired by a research firm to collect dead birds and bats at wind power generation sites. When a turbine explodes, she stumbles over the body part of an unknown man whose death implicates both her and her dog.

Under a brutal fall heat wave and the unblinking scrutiny of the game warden who is another mystery in her life, she’s drawn into a battle with wind power developers and environmental activists.

Adopted by a teenage trapper who moves into her cabin as he illegally raises an eagle to hunt over the dangerous wind site, Patton is, once again, offered only outlaw solutions to fight for a disappearing world while she tries to clear her name.