Funds will support research on the effect of wind energy on migratory bats and help to conserve them. 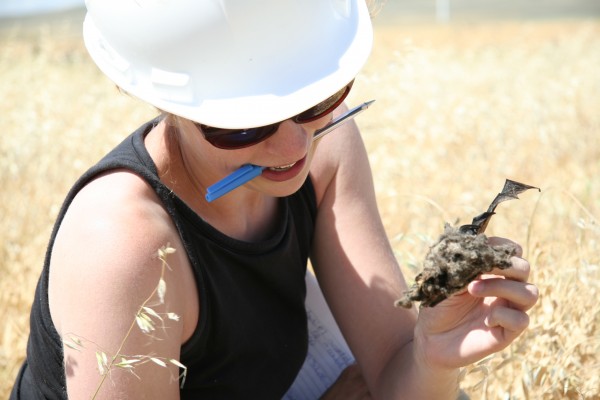 If this is your first time hearing about bat fatalities at wind turbines, here’s what you should know:

Bat deaths at wind turbines became an issue in North America in 2003 when thousands of bats were killed at a wind energy facility in West Virginia. Since then bat fatalities have been reported at almost every modern wind energy facility in North America, and many others in Europe, but fatality rates differ greatly. Some wind farms kill very few bats, but other sites kill large numbers and we think that those sites might be built along bat migration routes.

In North America, ~80% of all bat fatalities are of three species of bat that roost in trees and migrate long-distances: Hoary bats, Eastern red bats, and Silver-haired bats. We recently estimated that from 2000-2011 between 840,000 and 1.7 million bats were killed at wind turbines across North America. This number of fatalities is concerning because bats normally live a long time and reproduce very slowly, only having 1 or 2 pups a year. Because of this, they take a long time to recover from population declines. 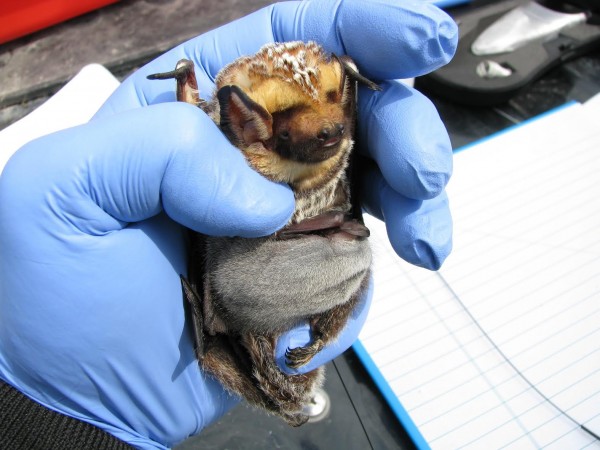 I am using genetic information to learn about the migratory behaviours of two of the species most heavily affected by wind turbines, hoary bats and silver-haired bats. As you can imagine, studying migration in small animals that fly at night is very challenging, so we know very little about bat migration. By determining the genetic relatedness of bats collected at wind turbines, my aim is to discover if bats use the same migration routes every year and if mothers teach these migratory routes to their young. We can use this information to help us determine where we should be focusing our conservation efforts.

Want to see some of my previous research? Check out my Google Scholar profile.

Want to learn even more about bats and wind energy? Awesome! Check out Bat Conservation International and Bats and Wind Energy Cooperative.

This project will give us valuable insight into the migratory behaviours of bats. We will use this knowledge to determine if wind energy facilities impact bat migration and to help us reduce the harm. I previously researched ways to reduce bat fatalities at wind turbines and showed that fatalities can be reduced by up to 60% if turbines remain still in low wind speeds. For this work, along with my other research on the issue, I was recently awarded The William T. Hornaday Award. I am hoping to build on this success with knowledge gained in my current research. Without this funding, I will be unable to complete this project, so the bats and I really need your help!

Throughout my PhD I have been very fortunate to have received project funding from some great organizations like The Alberta Conservation Association, Alberta Innovates – Technology Futures, and The Natural Sciences and Engineering Research Council of Canada. However, I need $15,000 more in order to cover the costs of genetic work and complete this research project. Despite what TV crime shows have led us to believe, genetics work takes a lot of time and money! I have completed a large portion of the work, but your partnership in this project will allow me to finish the lab work that is needed for the study and conservation of migratory bats across Canada and the US.

Want the nitty-gritty details? I have completed sequencing and analysis of a region of mitochondrial DNA for both species. I have also developed ~20 polymorphic microsatellites markers per species. I still need to genotype all the individuals (~200 per species) at all 20 loci. To do this, we need to run many PCRs and do lots of fragment analysis. If you are familiar with this kind of work, you know that this will take a lot of time and money! That’s where your help comes in.

Every dollar raised will be used to pay for the lab work needed to complete this research project. If I raise more than my goal of $15,000, I will be able to analyze more DNA samples and do an even better job! 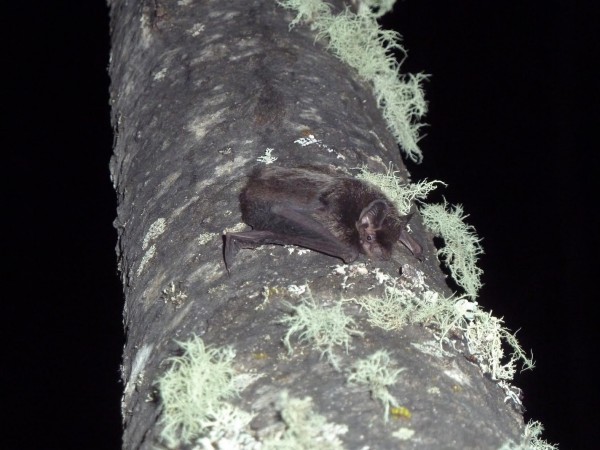