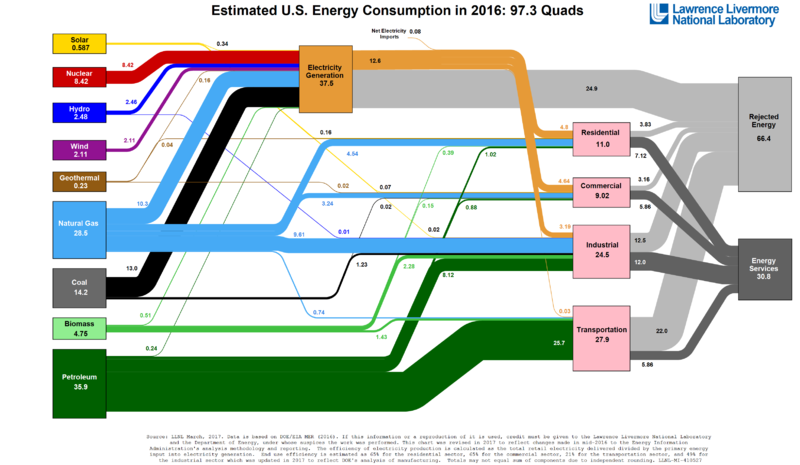 Note that 66.4% of the energy generated is lost as heat or in transmission. The same figure applies to electricity generation, which remains dominated by thermal production (natural gas, coal, and nuclear), in which only around one-third of the energy contained in the source is converted to electrical energy.

It should be noted that production from intermittent sources, i.e., wind and solar, represents only a fraction of the turbine or panel’s capacity. A wind turbine, for example, generates electricity at an annual average rate of 25%–35% of its capacity.[2] And it generates at or above its average rate only 40% of the time.