Local residents are to stage a protest at Údarás na Gaeltachta’s Derrybeg offices tomorrow over a planning application for a wind turbine at the Gaoth Dobhair Business Park.

About 70 people attended a public meeting last night on the issue, where a proposal for the protest came from the floor.

The protest is to take place at 1pm tomorrow, Friday, at Údarás na Gaeltachta offices in the business park. Údarás owns the site where the turbine is planned.

The local working group, Stad an Tuirbín Gaoithe, is also encouraging members of the public to make submissions to the planning application, which Lir Energy submitted to Donegal County Council some weeks ago.
Gearóid Ó Maonaigh, chairperson of the working group, said they were asking the public to make submissions to the application, particularly people who live close to the proposed turbine site. More than 30 submissions were completed at the meeting.

Organisers said the proposed turbine would be 123.5 metres high, and would be visible from Gaoth Dobhair, the Rosses and Cloughaneely.

The working group’s objections to the turbine also include their concerns over what they say will be the turbine’s negative impact on area views and natural environment, among other issues.

Members of the public at the meeting said they did not oppose wind energy, but were opposed to the proposed location of this turbine. 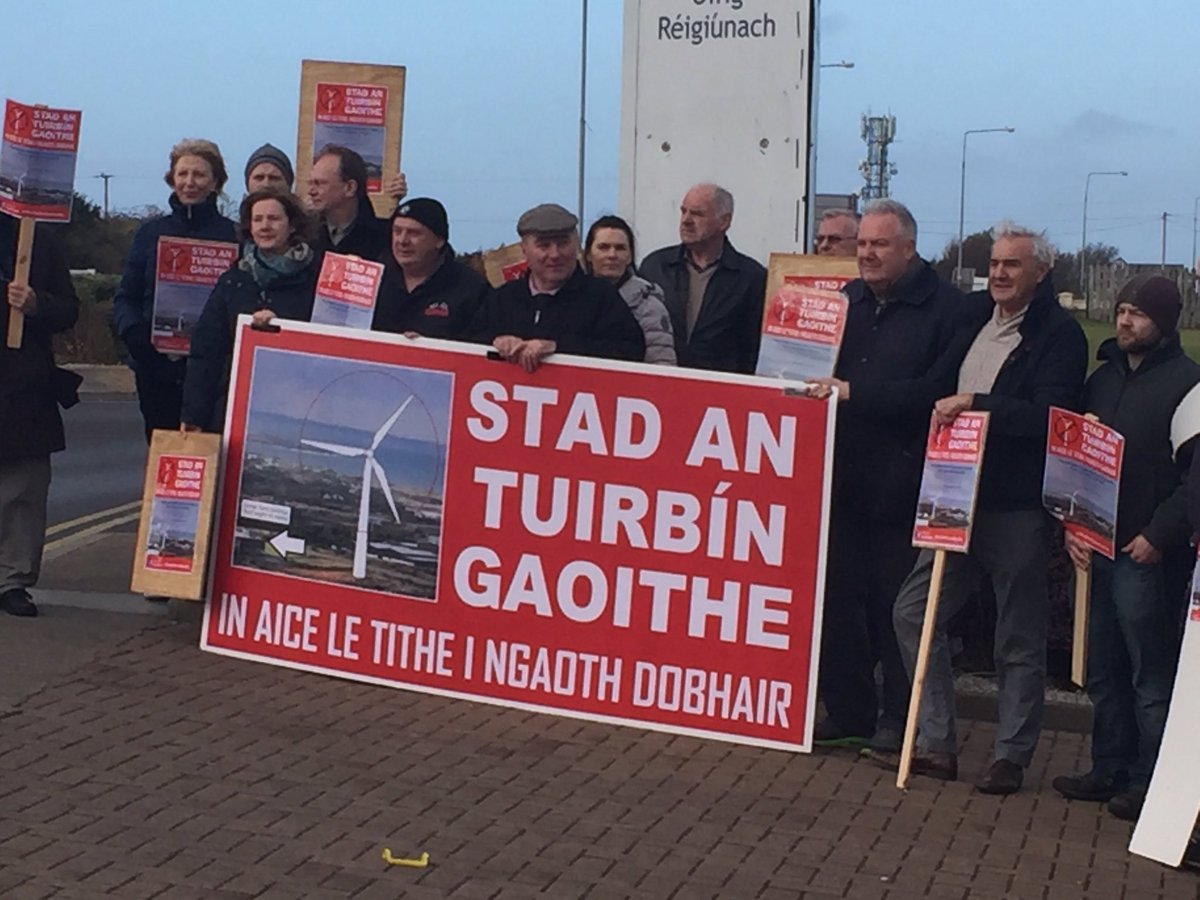 Stop the Wind Turbine near homes in Gweedore | twitter.com/AilbheOM