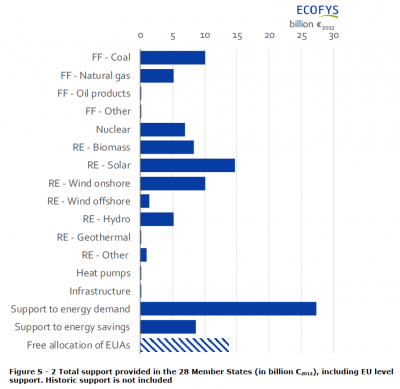 The levels of support do not reflect the proportional use of each energy source, where, e.g., coal represented 17.5% of energy consumption, natural gas 23.5%, nuclear 13.5%, and all renewables 11%. 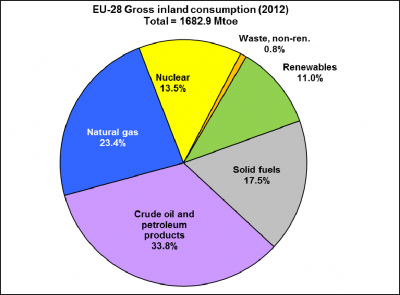 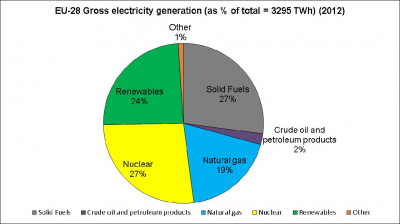 The next figure shows the share of each renewable energy source in the generation of electricity. Wind accounted for 26% of the total 799 TWh of electricity from renewable sources, or 208 TWh. 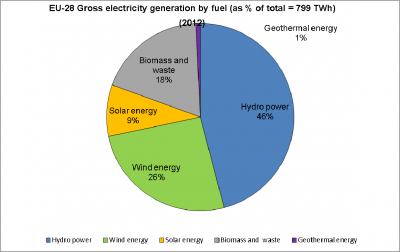 By similar calculations, the 2012 subsidies for electricity generation were 0.70 €/MWh for natural gas and 2.36 €/MWh for nuclear.