Science of Industrial Wind in MA and the Eastern US

I was a strong advocate of utility-scale wind and other renewables in New Mexico, and expected to support some level of utility scale wind development in the Northeast prior to studying the issue of wind in this region in detail.

I also believe that very aggressive action to reduce emissions and mitigate climate change is needed.

Given that I am a strong advocate of renewables, I will not address the larger debate of renewables versus other non-renewable energy approaches such as nuclear power and clean coal in this presentation.

I will be focusing mainly on wind and solar in this presentation, because I do not believe that small wind, small hydro, or biomass-fired generation represent significant renewable electricity options for the Eastern US, simply because of their very small resource potentials.

Is it worth developing 33 mountain systems in MA to provide just 5% of MA electricity?
– Environmental impacts?
– Impact on people?
– Impacts on the local economy?
– Cost relative to alternatives?
– Despite impacts, would this still be “doing our part” to encourage significant regional wind development?

Note that fairly wide and fully developed road beds and wide, level clearings (of roughly equal area to the swept area of the rotors) are needed for this type of development, due to the enormous weight and length of the trucks and their loads involved. Extensive blasting and bulldozing of the mountaintop is required, which incurs extensive impacts to streams, wetlands, bedrock, and of course plant and animal life. 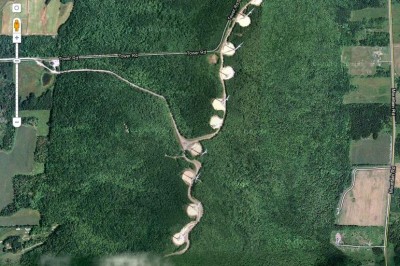 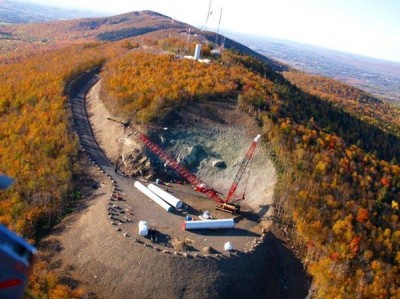 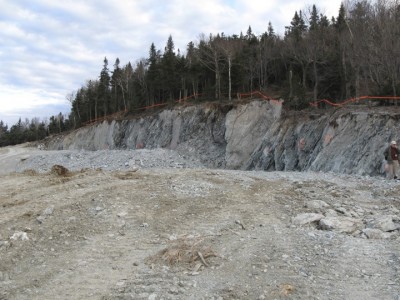 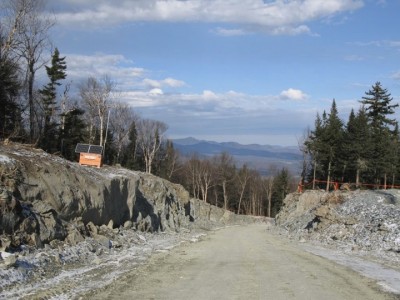 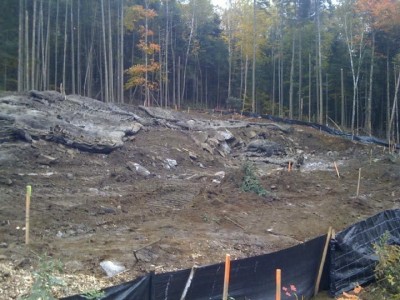 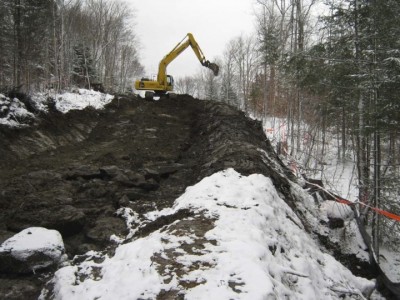 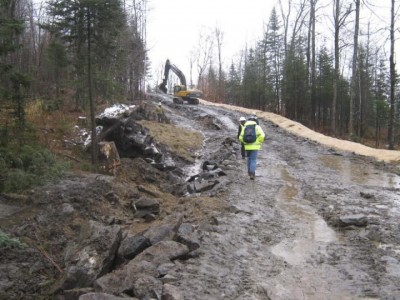 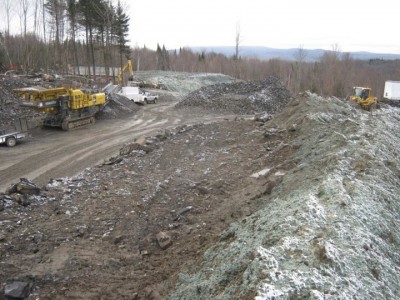 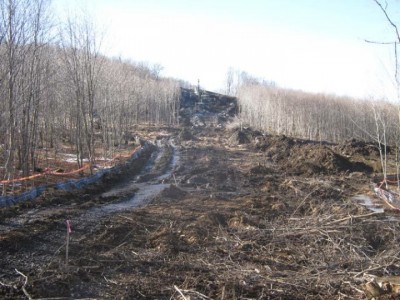 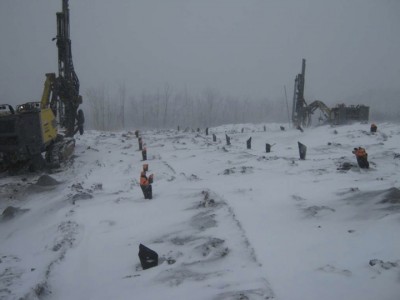 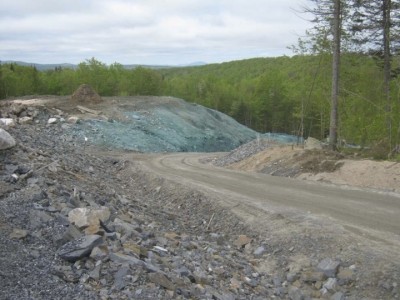 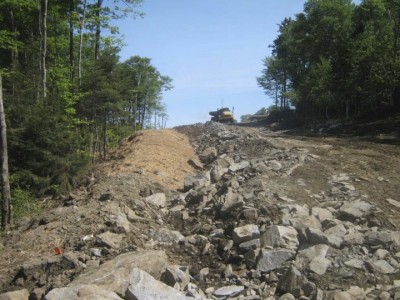 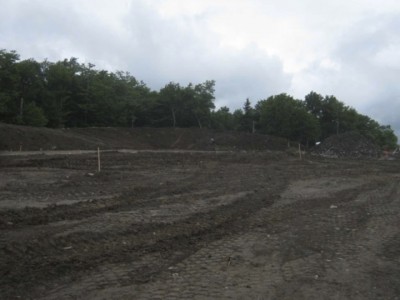 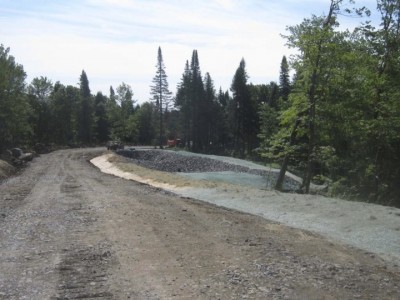 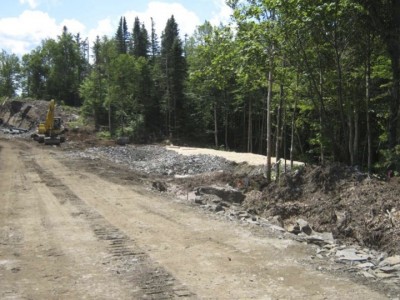 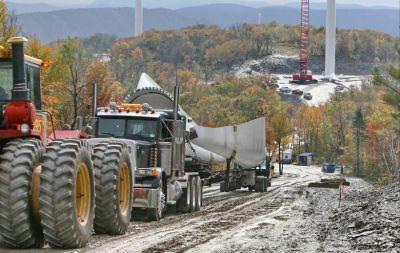 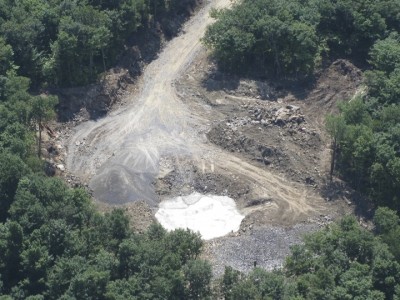 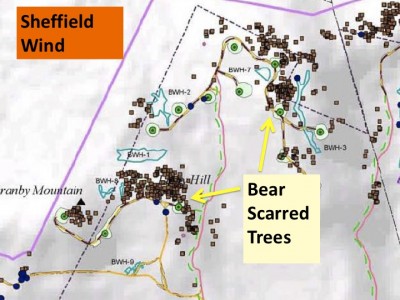 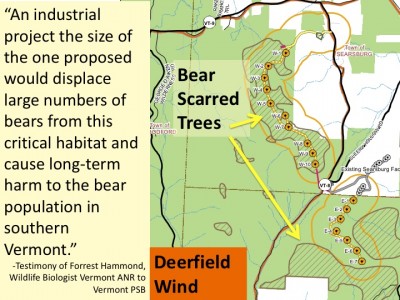 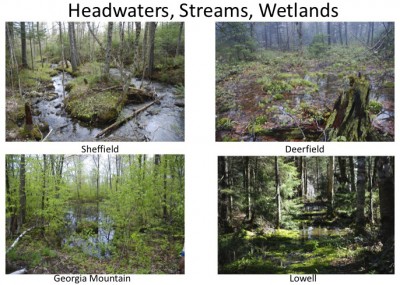 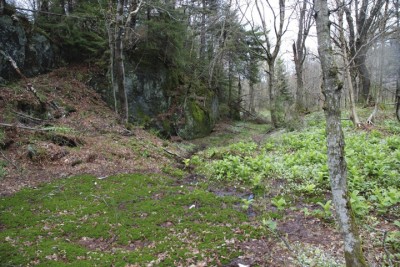 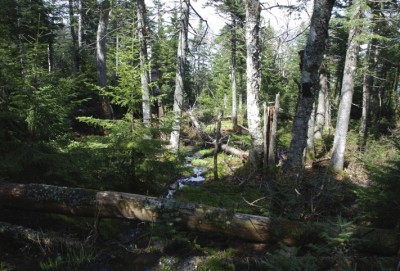 The impacts to ecotourism (meaning economic benefits in general related to the scenic beauty of the area) are potentially endangered by ridgeline wind development.

Many people genuinely feel the experience of seeing a project the first few times to be enjoyable, which is understandable given what these projects represent to them, the sheer scale of the turbines, and the novelty of the experience.

It’s a different question entirely whether people will like to vacation or maintain second homes in an area in the long run with extensive ridge line wind development. The study referenced on the following slides shows that, for example, vacationers in Vermont greatly value the unspoiled nature of the state. 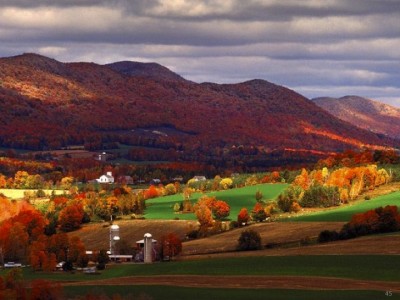 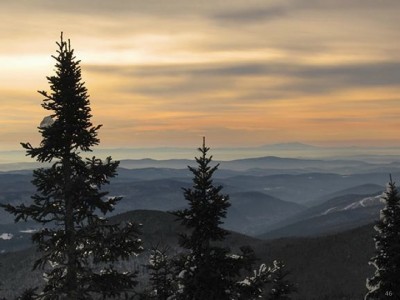 Although the impact of low-frequency noise from wind turbines is not fully understood in physiological terms, there is peer-reviewed research indicating that low-frequency noise can couple physically to the cochlea. http://oto2.wustl.edu/cochlea/windmill.html

The following slide shows the “spectrum” of wind turbine noise. The graph shows that wind turbines created prodigious levels of infrasonic (subsonic) noise, which places them in a somewhat different category from many other noise sources.

Unfortunately, set-backs for wind projects today do not yet take into account potential impacts due to infrasonic noise.

There is also a growing body of literature suggesting that impacts to health are occurring, in particular impacts associated with loss of sleep. 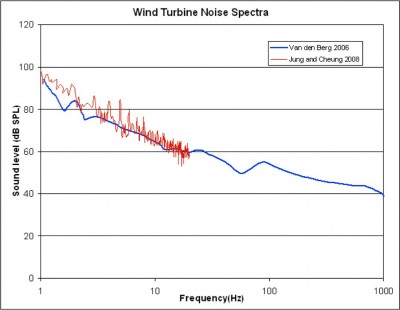 Human Hearing is Logarithmic
• Quietest sound we can hear: 1 trillionth of a watt per square meter.
• Our ears are super-sensitive vibration sensors.
• It potentially doesn’t take a great deal of noise to create problems.
• Even though many do live in noisy environments already, this does not imply that noise is not a problem, and that it’s perfectly ok to increase noise in the few remaining quiet regions left.

There are serious issues with respect to the impact on species such as birds and bats.

It is, in fact, typical for our culture to quickly develop a new energy source (or any new resource for that matter), with little regard for the consequences, and then only later attempt to undo or correct for unforeseen consequences.

With the issue of inappropriate wind development, however, we have a chance this time to avoid the worst, and get renewable energy development focused back on a truly sustainable path towards a bright future.

Download original document: “The Science of Industrial Wind in Massachusetts and the Eastern United States”