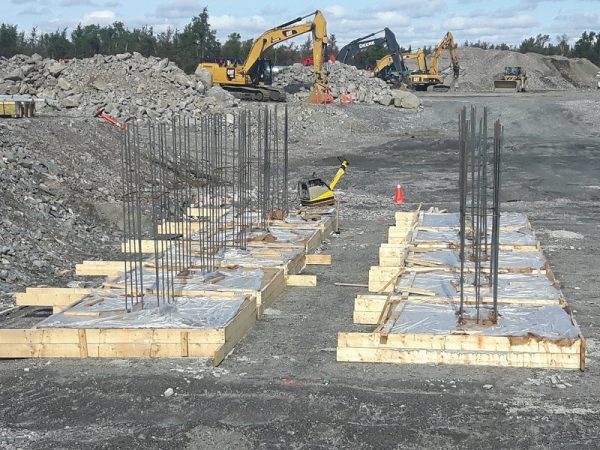 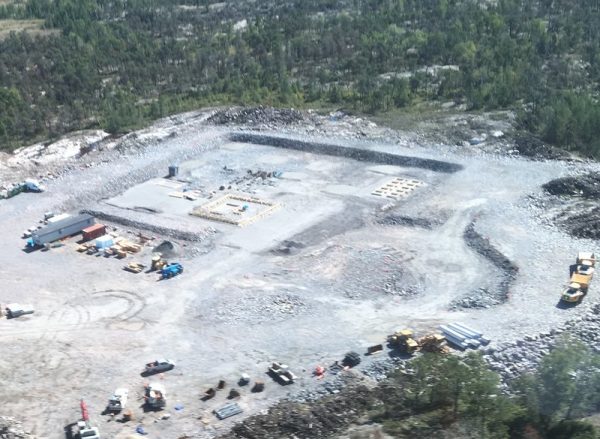 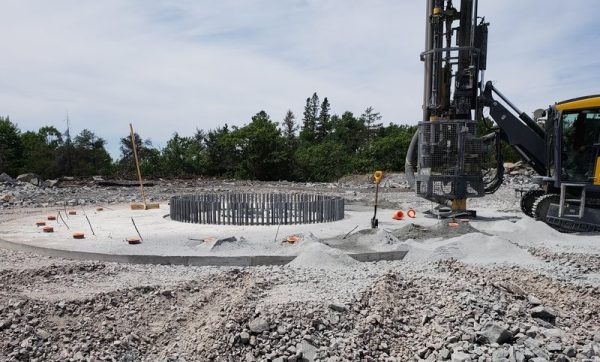 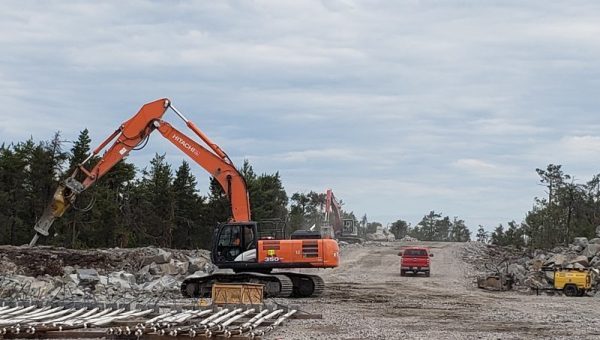 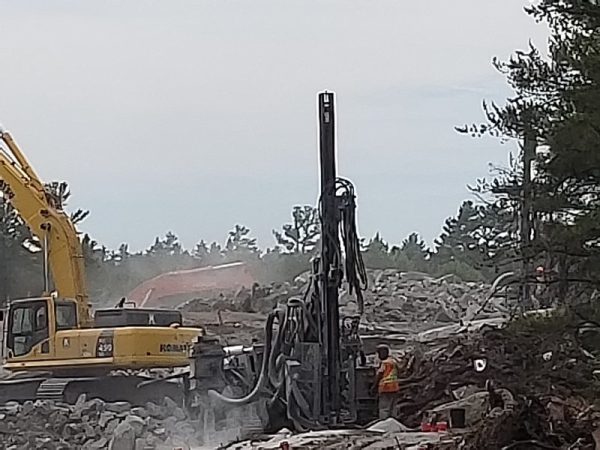 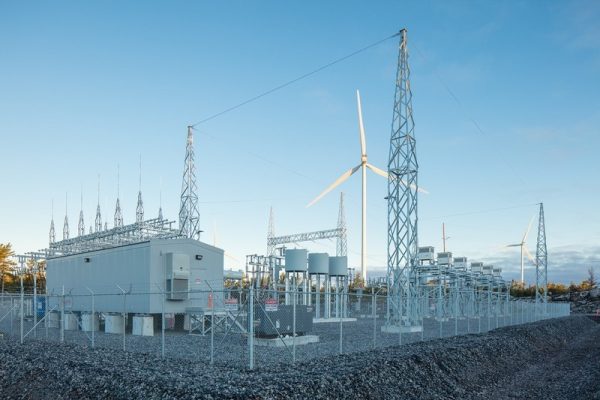 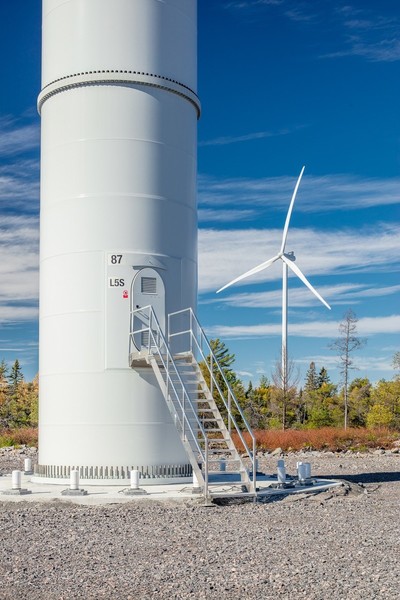 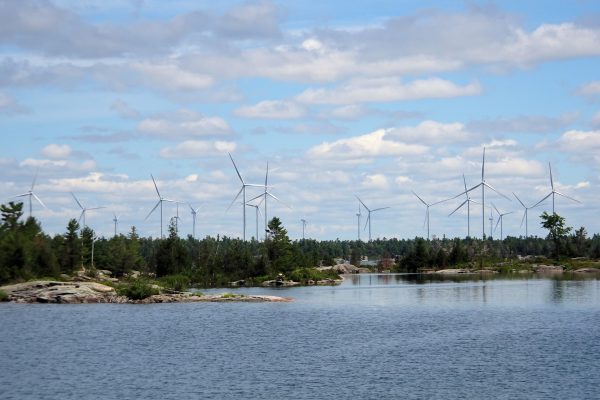 Worldwide, wind turbines are increasingly being built at forest sites to meet the goals of national climate strategies. Yet, the impact on biodiversity is barely understood. Bats may be heavily affected by wind turbines in forests, because many species depend on forest ecosystems for roosting and hunting and can experience high fatality rates at wind turbines.

We performed acoustic surveys in 24 temperate forests in the low mountain ranges of Central Germany to monitor changes in the acoustic activity of bats in relation to wind turbine proximity, rotor size, vegetation structure and season. Call sequences were identified and assigned to one of three functional guilds: open-space, edge-space and narrow-space foragers, the latter being mainly forest specialists.

Synthesis and applications. Forest specialist bats avoid wind turbines in forests over distances of several hundred metres. This avoidance was most apparent towards turbines with large rotors. Since forests are an important habitat for these bats, we advise to exclude forests with diverse vegetation structure as potential wind turbine sites and to consider compensation measures to account for habitat degradation associated with the operation of wind turbines in forests. 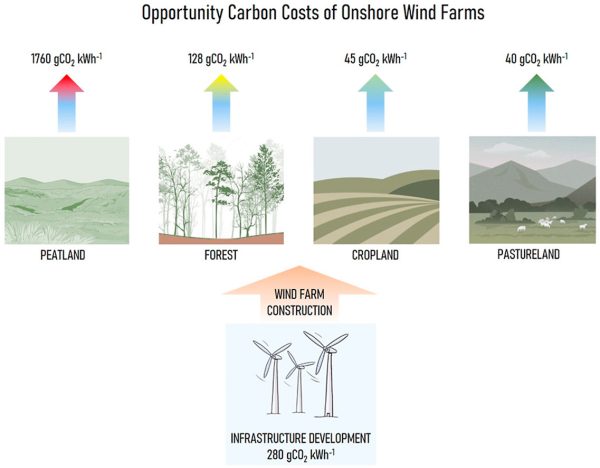 Virginia Governor Northam led the Commonwealth into the multi-state Regional Greenhouse Gas Initiative (RGGI). I conducted a multi-state study, updated for Virginia, which came to the same conclusion as a Congressional Research Center study [1]. The dozen-year-old RGGI program has resulted in no significant additional emission reduction compared to comparison states, but did shift generation to other states. Virginia electric generation fell 9% in the first ten months of 2021 despite a 7% increase in demand as the purchase of RGGI allowances began. Virginia natural gas fired power plants lost against regional electric grid bids from non-carbon tax states with 10% to 13% lower cost as shown in the following table [2].

The RGGI program requires power plants to buy emission allowances for each ton of CO₂ emissions with allowances sold in quarterly auctions. Speculators can participate and potentially resell allowances at higher prices. Virginia power plants will lose about $330 million in generation revenue in 2021 (9.4 million lost MWh annualized @ $35/MWh). The loss of in state generation will continue to rise as RGGI allowance prices rise. A study of the RGGI state of Delaware showed natural gas generation could fall to zero at a $16/ton allowance price (see graph below). Generation will likely shift out of Virginia much faster than new wind and solar generation can be built. 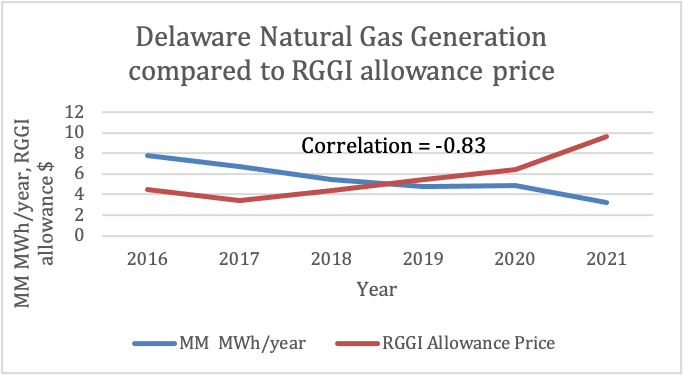 The first question to consider is how Virginia emissions reductions compare to the RGGI states from 2007 to 2019:

It is no surprise Virginia had a higher rate of reduction in emissions than RGGI states as that was similar to the conclusion of my peer reviewed study published in the Cato Journal, “A Review of the Regional Greenhouse Gas Initiative” [1]. RGGI had essentially no impact on emissions reductions compared to five other states who had similar energy policies except for RGGI. Consequently, there will likely be no environmental benefits from Virginia joining RGGI.

Importing power adds cost to cover the greater transmission distances and congestion at key transmission sub-stations. Well-paying jobs at the power plants would be lost, and that has secondary impacts on the economy. The direct cost of RGGI is currently about $58/year based on a Dominion Power rate increase request to the utility commission of $4.37/Megawatt-hour [4], and an average monthly usage of 1.1 megawatt- hour per month [5]. A large industrial customer using 6,000 Megawatt-hours a month in a utility commission example would pay about $315,000/year in 2022 for RGGI.

Allowance prices averaged $9.60/ton in 2021 and ended the year at $13 [6], and resulted in $128 million in costs added to electric bills. RGGI, Inc. itself shows prices rising to as much as $24/ton [7] by 2030. RGGI costs may average $250 million a year through 2030 based on the RGGI upper end forecast, or $2.5 billion over 10 years. RGGI, Inc. raised $284 million in RGGI auction revenue which was added to electric bills, and claims to have saved $112 million on electric bills by investing in energy efficiency, renewable energy, and greenhouse gas abatement [8]. Our analysis [1] showed the savings estimates are questionable as no robust auditing has been done on the supposed savings, or of how money was spent. For example the RGGI report shows Connecticut invested money, but in actuality the state directed RGGI revenue to its general fund. In any case the supposed savings were insignificant. Energy efficiency and renewable energy savings represented 0.09% of RGGI state electric generation in 2019.

The average annual cost between now and 2030 of lost generation, and lost coal and natural gas production could be as high as $560 million. RGGI expense may be $250 million a year, and there may be $400 million in one-time power plant decommissioning cost. Over 10 years RGGI might have a direct cost of $8.5 billion. Indirect and induced impacts are calculated using a regional multiplier from the US Bureau of Economic Analysis, which is 1.2983 for utilities [11] may cost $19.5 billion to reduce emissions by about half. To go to zero emissions with RGGI alone may cost $39 billion.

3) Author calculation from U.S. Energy Information Agency, “Detailed State Data”, www.eia.gov/electricity/data/state/ : Emissions, Generation, Demand, and Capacity Charts by State 1990 to 2020. Inside Energy, Lost in transmission: How much electricity disappears between a power plant and your plug? www.insideenergy.org/2015/11/06/lost-in-transmission-how-much-electricity-disappears-between-a-power-plant-and-your-plug/

8) RGGI, Inc., “The Investment of RGGI proceeds in 2019”, www.rggi.org/sites/default/files/Uploads/Proceeds/RGGI_Proceeds_Report_2019.pdf