Life in a Wisconsin Wind Project 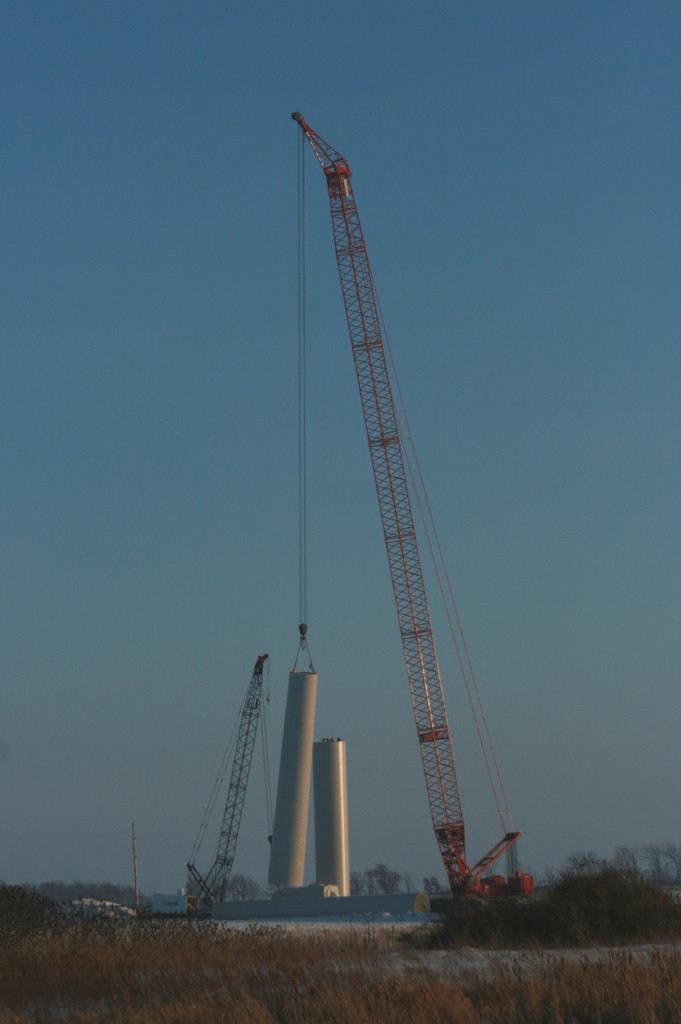 This photo show the large crane lifting the second of three pieces to the turbine tower base. This is in the same Invenergy project I live in. 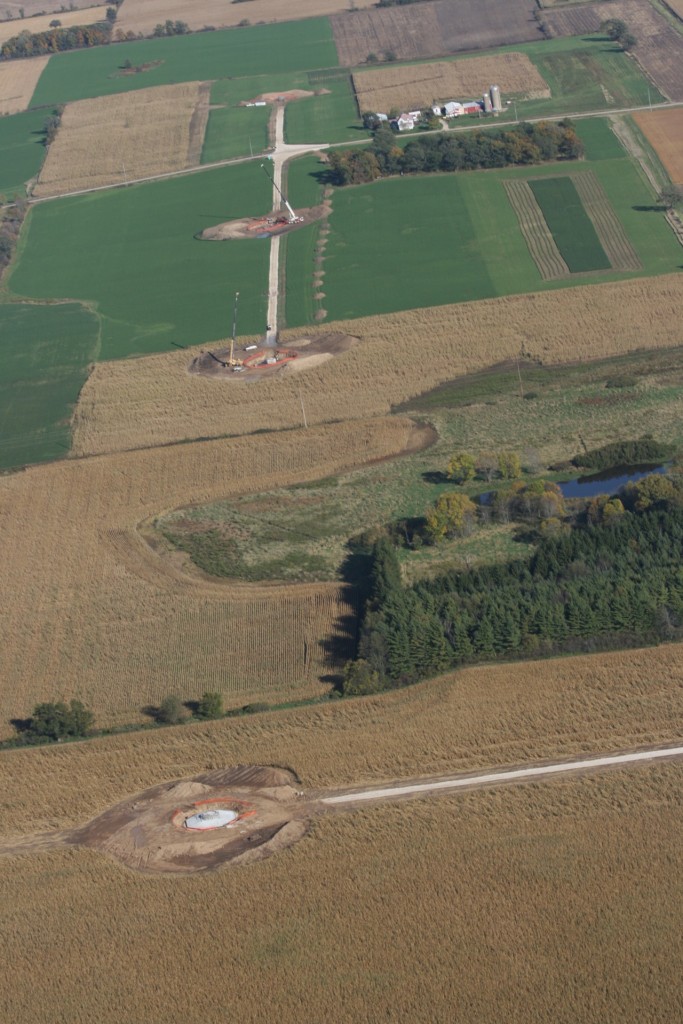 This photo is also in the Invenergy project that I live in about two miles to the west of my house. You can see how the farmer’s fields are being cut up by the access roads to the turbines. What you do not yet see is the wide stripping of the farmer’s fields to dig in the electrical lines to connect all the turbines to the substation. Those photos are further down. 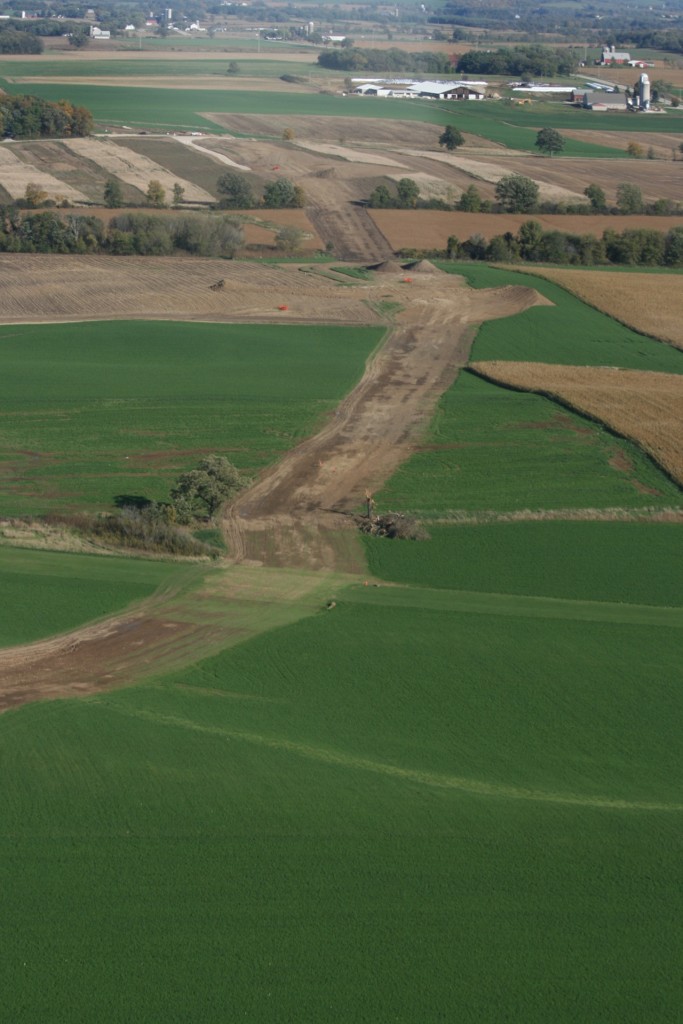 What happens when you lease your farmland to a wind developer? This is just a partial view from the air of how a farmer’s fields were dug up and compacted by heavy equipment during the construction phase of the Invenergy wind project we live in.

A substation for the this project is located 3300 feet behind my house. From that substation, if you went west for about four miles the ground was disturbed so badly it looked like it had been stripped for a highway.

Two years after the turbine construction was done I could still see where the underground electric lines from the turbines connecting them to the substation are buried. 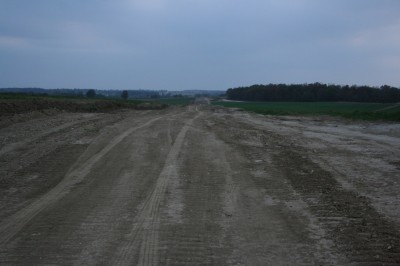 This is a closer view of what the farm land looked like after the underground wires were installed linking the turbines to the power substation.

This is behind my house. This road-like path cuts west and goes across fields for four miles. Then it goes south to connect other large turbines.

The developer now controlled pretty much every inch of their land.

The turbine base might only take up a quarter acre but the contract let the developer put the turbine where ever he wanted, it let him strip the farmer’s land for access roads, dig up fields to lay underground wires and cables, remove the topsoil and tear up the fields in ways that can’t be put right.

Heavy machines compact the soil and crush drain tiles and if the farmer can prove crop loss because of this – well maybe they’ll get reimbursed.

Here’s a letter from a Wisconsin farmer who found out what his contract said the hard way. He signed on with a wind developer from NextEra – the new name for the wind division of major utility Florida Power and Light [FPL Energy] – and NextEra sold the contract to WeEnergies. Click here to download a copy of a Glacier Hills wind lease.