Evaluation of immune and stress status in harbour porpoises: Can hormones and mRNA expression levels serve as indicators to assess stress? 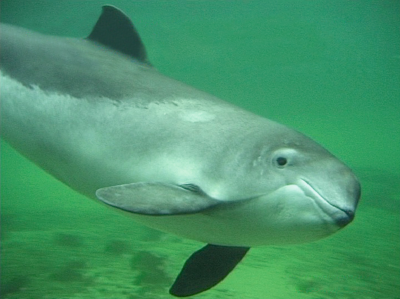 Background: The harbour porpoise [Phocoena phocoena] is exposed to increasing pressure caused by anthropogenic activities in its marine environment. Numerous offshore wind farms are planned or under construction in the North and Baltic Seas, which will increase underwater noise during both construction and operation. A better understanding of how anthropogenic impacts affect the behaviour, health, endocrinology, immunology and physiology of the animals is thus needed. The present study compares levels of stress hormones and mRNA expression of cytokines and acute-phase proteins in blood samples of harbour porpoises exposed to different levels of stress during handling, in rehabilitation or permanent human care.

Results: Biomarker expression levels varied between free-ranging animals and porpoises in human care. Hormone and cytokine ranges showed correlations to each other and to the health status of investigated harbour porpoises. Hormone concentrations were higher in free-ranging harbour porpoises than in animals in human care. Adrenaline can be used as a parameter for the initial reaction to acute stress situations; noradrenaline, dopamine, ACTH and cortisol are more likely indicators for the following minutes of acute stress. There is evidence for different correlations between production of normetanephrine, metanephrine, cortisol and the expression of IL-10, HSP70 and haptoglobin.

Conclusions: The expression patterns of the selected molecular biomarkers of the immune system are promising to reflect the health and immune status of the harbour porpoise under different levels of stress.