These comments concern the Draft Environmental Impact Statement (DEIS) and the Draft Habitat Conservation Plan (DHCP) for the Beech Ridge Wind Energy Project (BRE) in Greenbrier and Nicholas Counties, West Virginia. I am submitting these comments due to concern about the environmental impacts of utility-scale wind energy development in the central Appalachian mountain region.

Because of flaws and insufficiencies in the information and analysis provided in both the DHCP and the DEIS, I recommend that the U.S. Fish and Wildlife Service (FWS) adopt Alternative 1, the “No Action” alternative presented in the DEIS. The specific reasons for this recommendation follow.

(1) Failure to evaluate project benefits.
(2) Failure to account for the effects of White Nose Syndrome.
(3) Uncertainty associated with estimates of mortality and population impacts.
(4) The need for a more-objective and quantitative analysis of cumulative impacts.

Comment 1. The DHCP’s proposed operational measures do not satisfy the “minimize to the maximum extent practicable” permit issuance criterion of the ESA or the DHCP’s goal of avoiding and minimizing potential take.

Comment 2.1. The alternatives studied in the DEIS do not constitute a reasonable range of alternatives.

Comment 2.2. Of the three action alternatives presented in the DEIS, alternative 3 should be the Agency’s preferred environmental alternative.

Comment 2.3. The DHCP omits cut-in speed alternatives in its discussion of alternative actions to the proposed takings.

Comment 3. The DHCP does not fully address ESA section 7 criteria.

Comment 4.1. The DHCP does not adequately describe how federal listing of species will be treated as a changed circumstance.

Comment 4.2. The DEIS and DHCP do not adequately explain how the changed circumstance of white-nose syndrome will affect BRE’s responsibilities under the terms of its ITP/HCP.

Comment 5. The DEIS does not, but should, take a hard look at the biological implications of cumulative impacts by using a Leslie Matrix model.

By courtesy of Virginia Wind – click each image for full size 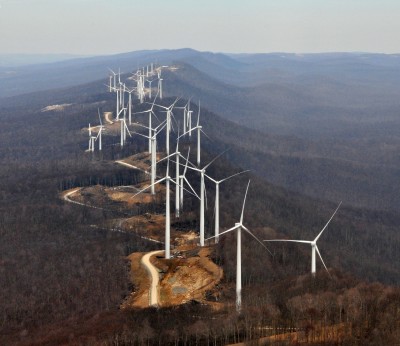 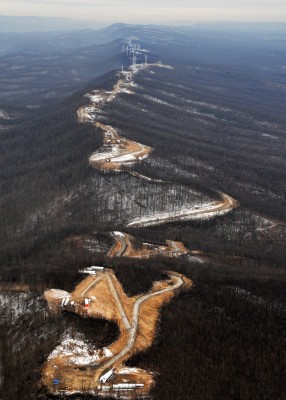 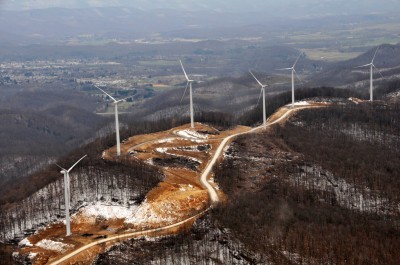 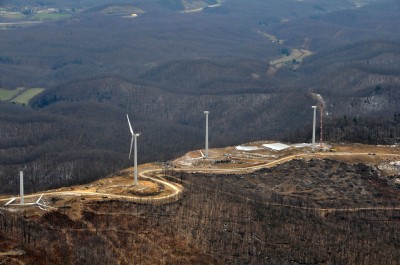 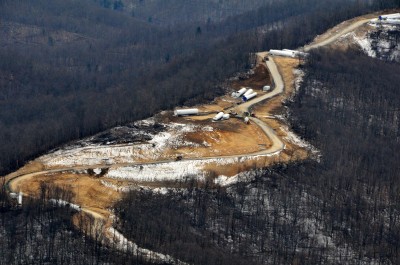 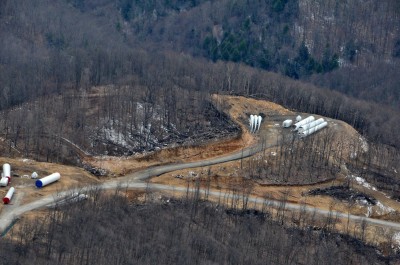 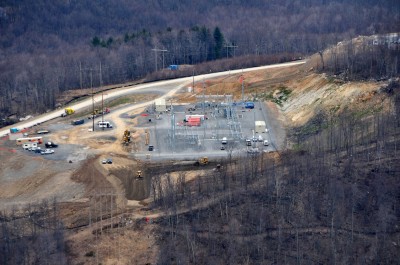 Please accept my personal warm greetings. We have visited on several occasions, particularly on health care. You may remember me as a physician who yearns for an improved Medicare for All, as embodied in (H.R. 676).

I’ve just read with interest the email response you are making to people actively concerned about your policies on “renewable” energy and I’d like to make the following comments about industrial wind. Personally, I favor subsidies that go to small hydropower development and research on burning coal more cleanly and think they should be increased.

But, on industrial wind:

Senator, I belong to The Allegheny Highlands Alliance (AHA), a relatively new grass roots organization with representation in WV, MD, PA, VA, and SC. Our mission is to, in an intellectually honest, scientifically based way; educate the public about the realities of industrial wind and the pending legislation that would further codify its undeserved position. There are several other issues, including impact on migrating song birds and raptors, destruction of habitat for rare terrestrials (both concerns of the USFWS and the WVDNR), negative health impacts from constant low frequency noise inflicted on people living close to an industrial wind facility, water resource disruption, to site a few.

We believe there is a better way to promote alternative energy than to dictate a percentage standard and then to sit back to see what happens. That is getting the cart before the horse. Once again, I implore you, with the assistance of staff to open your mind and investigate the above observations. AHA has extensive expertise on this subject and, if invited, we would appreciate the honor to meet with you for a briefing.

Dr. Wayne Spiggle is well known in West Virginia and Maryland as an effective social justice advocate and environmental leader. As a former president of MedChi, the Maryland Medical Society, he pressed for universal health care and he is still involved in that fight. As a Mineral County commissioner, he has promoted quality of life issues and emphasized the importance of developing a welcoming environment to encourage jobs and business development. For his public health initiatives he was recently recognized by the West Virginia State Medical Society with their prestigious Excellence in Medicine Award.

Spiggle has studied industrial wind with the critical eye of a scientist. He has concluded that industrial wind is poor public policy because it requires base load back up from fossil fuel, cannot reduce green house gases, receives public subsidies some 15 times more than other energy sources, is destined to raise electricity bills for homes and businesses and is handicapped by very significant environmental issues sufficient to bring about a transformation of Appalachian ridge tops of geologic proportions while having a disastrous mortality on migrating song birds, raptors and resident bats.

A member of the Allegheny Highlands Alliance (AHA), he has joined their mission to inform the public about industrial wind by adhering to the principals on intellectual honesty and scientific based knowledge.

The Allegheny Highlands Alliance (AHA) is a consortium of citizen/environment organizations with membership in five states along the Allegheny Front. The AHA is in the process of discovering the facts about industrial wind, its potential to reduce green house gases, its economics and the impact of industrial wind energy project installations on the ecology and human health.

The purposes of AHA shall include but not be limited to the following: