ABSTRACT—
At many immission sites, human exposure to infrasound (f < 20 Hz) is usually accompanied by sound in the audio-frequency range (audio sound, 20 Hz ≤ f < 20 kHz). This gives rise to the question of whether the interaction between infrasound and audio sound affects the quality of auditory perception. Psychoacoustic experiments were performed within the framework of the EARS 2 project of the European Metrology Programme for Innovation and Research (EMPIR). Recent results in this project had already shown that detection thresholds for infrasound were increased when simultaneous audio sound is present. The current study deals with the hypothesis that the unpleasantness related to infrasound is changed when infrasound is presented along with audio sound. A rating task on a numerical scale and a pairwise comparison task were conducted to quantify and to compare the unpleasantness of (1) isolated infrasound (sinusoid), (2) isolated audio sound (sinusoid and broadband), and (3) the combination of both, at different sound pressure levels. Normal hearing listeners aged from 18 to 30 years participated in the hearing tests. The results should be of use to improve the understanding of the impact of combined noise on humans and their well-being in the vicinity of potential noise sources.

Frequency characteristics of oppressive and vibratory feeling to low-frequency sound

ABSTRACT—
Although experimental results on oppressive and vibratory feelings due to low-frequency sound are widely known, those studies were conducted about 40 years ago in Japan and some questions remain to be examined. For example, “oppressive feeling” and “vibratory feeling” are generally unfamiliar terms, but it is not clear how these terms were explained to or understood by participants. In the present study, an experiment was conducted using a method similar to the previously reported method, and the frequency characteristics of sound that induced oppressive and vibratory feelings were reviewed. Using one-third octave band noise with center frequencies ranging from 10 Hz to 630 Hz, a laboratory experiment was conducted to investigate the sound pressure level at which oppressive or vibratory feeling tended to appear for each frequency. Participants were divided into two groups. One was provided an explanation of the meaning of oppressive and vibratory feelings, and the other was provided no such explanation, and results were compared between the groups. The results suggest that sound pressure levels where these feelings tended to occur were slightly different between the two groups. Furthermore, the feelings appeared even in the higher frequency bands compared with previous studies.

ABSTRACT—
There are technical difficulties in producing an accurate wind turbine noise signal for subjective testing of the noise characteristics for different operational scenarios of wind turbines. There are differences in the subjective response when limiting the test signals to infrasound only versus the use of full spectra. The concept of “nocebo” effect that has been presented has relied upon the use of “synthesised wind turbine infrasound” that does not reflect the signature or pressure pulsations observed in full-spectrum field measurements. The validity of “synthesised wind farm infrasound signals” that have been used in such testing is examined and compared with full-spectrum signals. 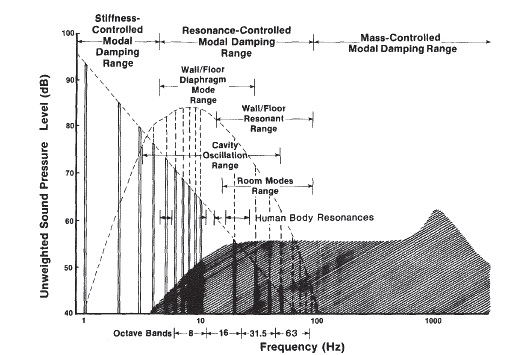 Download original document: “The use of synthesised or actual wind turbine noise for subjective evaluation purposes”

ABSTRACT—
The operation of a wind turbine results in a series of pulses where there is a significant instantaneous increase in the amplitude of the pressure signal dependent upon the loading (power output and wind strength) of the wind turbine. Such amplitude variations can be significant. The modulation of the amplitude of the acoustic signature for wind turbines is often referred to as “amplitude modulation”. One method of assessment of the degree of amplitude modulation for a wind turbine used in the UK is complex, time-consuming and expensive to undertake. A simplified method has been developed that is not just restricted to the dBA level and can be used to cover both inaudible and audible dynamically pulsed amplitude modulation. This simplified analysis method is not just restricted to wind turbine noise but has uses for other pulsating noise sources. Investigation of recreational music and industrial noise sources that give rise to the generation of pulsations occurring at an infrasound rate using the simple methodology is discussed.