Abstract – Specific noises (e.g., traffic or wind turbines) can disrupt sleep and potentially cause a mismatch between subjective sleep and objective sleep (i.e., “sleep misperception”). Some individuals are likely to be more vulnerable than others to noise-related sleep disturbances, potentially as a result of increased pre-sleep cognitive arousal. The aim of the present study was to examine the relationships between pre-sleep cognitive arousal and sleep misperception. Sixteen healthy sleepers participated in this naturalistic, observational study. Three nights of sleep were measured using actigraphy, and each 15-s epoch was classified as sleep or wake. Bedside noise was recorded, and each 15-s segment was classified as containing noise or no noise and matched to actigraphy. Participants completed measures of habitual pre-sleep cognitive and somatic arousal and noise sensitivity. Pre-sleep cognitive and somatic arousal levels were negatively associated with subjective–objective total sleep time discrepancy (p < 0.01). There was an association between sleep/wake and noise presence/absence in the first and last 90 min of sleep (p < 0.001). These results indicate that higher levels of habitual pre-sleep arousal are associated with a greater degree of sleep misperception, and even in healthy sleepers, objective sleep is vulnerable to habitual bedside noise.

Abstract – Background: It is well-established that environmental noise can disrupt sleep, and cause a mismatch between subjective and objective sleep, which is known as “sleep misperception”. Naturalistic studies indicate that pre-sleep cognitive arousal and sleep misperception are associated in the context of noise. However, it is not known if this is the case when ecologically valid noises are specifically played during non–rapid eye movement (NREM) sleep, which is susceptible to noise-related disruption. The present study evaluated if pre-sleep cognitive arousal was associated with sleep misperception in healthy normal sleepers, when unexpected ecologically valid common nocturnal noises were played during NREM sleep. Methods: Eighteen healthy sleepers (Mage = 23.37 years, SDage = 3.21 years) participated. Sleep was measured objectively on three consecutive nights using polysomnography, in a sleep laboratory environment, and subjectively, through participant estimates of total sleep time (TST). Night 1 was a baseline night where no noises were played. On Night 2, noises, which were chosen to be representative of habitual nocturnal noises heard in home environments, were played to participants via in-ear headphones after 5 min of objective sleep. Results: Unexpectedly, habitual pre-sleep cognitive arousal was not associated with subjective–objective TST discrepancy on Night 2. Conclusions: These results suggest that in healthy sleepers, when ecologically valid noises are played unexpectedly during NREM sleep in an unfamiliar sleep laboratory environment the subjective experience of sleep is not associated with pre-sleep cognitive arousal, or negatively impacted by noise exposure. 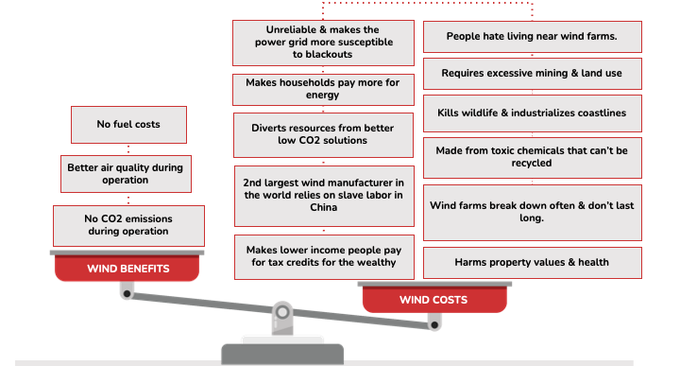 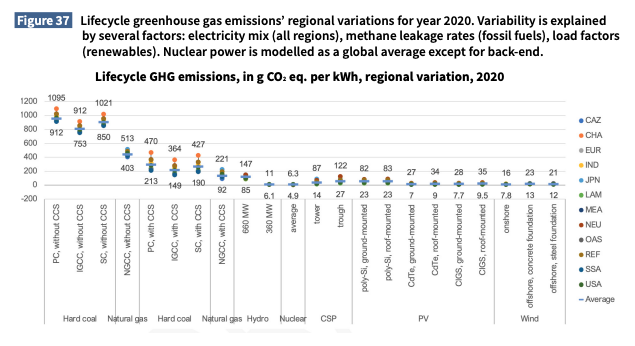 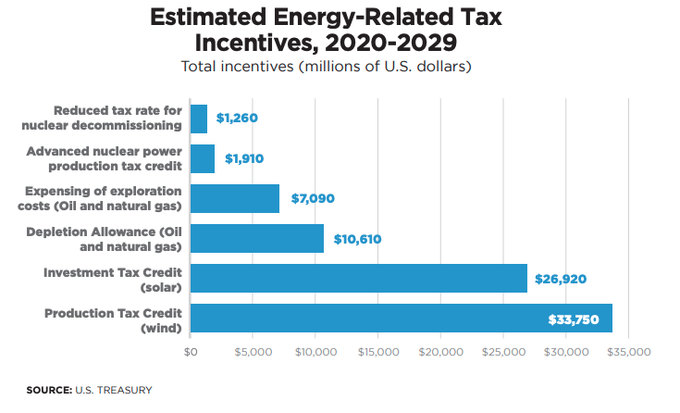 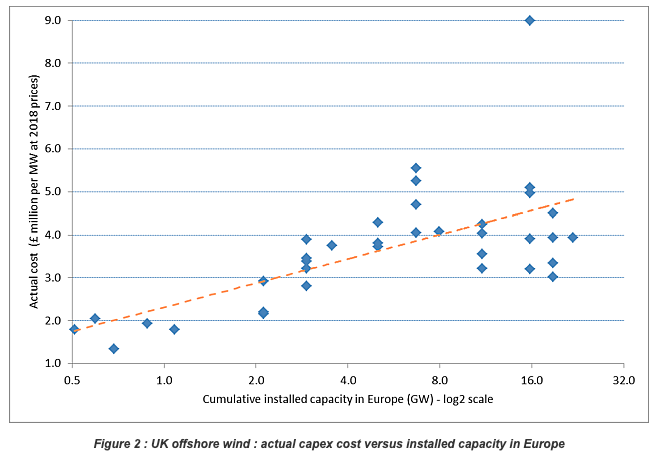 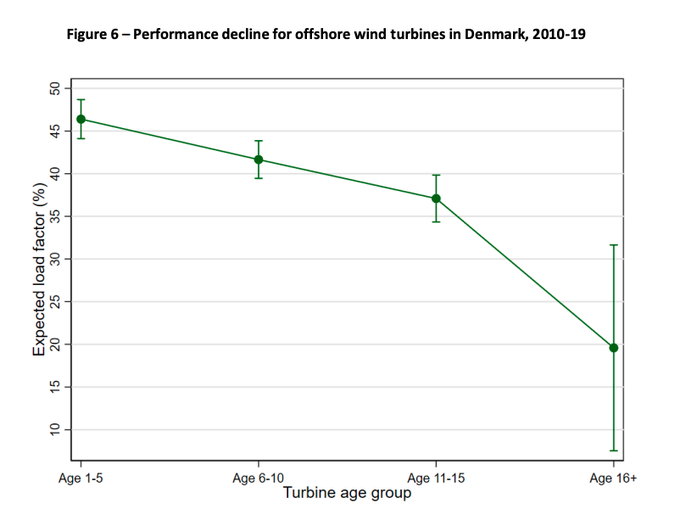 In the absence of a direct means of assessing causality by experiment, Dumbrille, McMurtry, and Krogh [1] have resorted to the nine criteria devised [2] by the English Statistician, Austin Bradford Hill, to assign causality. They have applied them to the putative adverse health effects associated with wind farm noise and have found all nine to be upheld.

Bradford Hill’s outstanding contribution to Public Health, with Richard Doll, was assembling a cohort of 40,000 British Doctors to study the epidemic of lung cancer that emerged in the first half of the 20th century. They showed [3] extremely strong associations between the number of cigarettes smoked and the development of lung cancer and other diseases. These associations were well known to the Tobacco Industry, which had suppressed the scientific evidence for years [4], but eventually, the companies were made to apologize to the public [5]. For how long have the adverse health effects of wind turbine noise been known?

In 1967, a UNESCO publication discussed [6], “the dangers of sounds we cannot hear,” defining Infrasound as <30 Hz. By 1973, the Russians had defined safe upper limits for Infrasound (<20 Hz) in various settings [7]. In the 1980s, Kelley et al. investigated a single turbine in America where around 12% of families within 3 km were impacted by noise emissions [8]. The passage of the rotors past the turbine's supports caused low-frequency pressure pulsations to be directed into the complainants' dwellings. The situation was aggravated by a complex sound propagation process controlled by terrain and atmospheric focusing. The impulsiveness of the emitted low-frequency acoustic radiation was identified as a major problem. Various recommendations were made concerning noise reduction and as to how the low-frequency noise should be measured [9]. In the UK in 1990, The Batho (Noise Review Working Party) Report devoted [10] a single, important, page to low-frequency noise, observing that it could have a serious effect on the lives of those affected by it: “The noise may be inaudible to the Environmental Health Officer (EHO) and its measurement often requires sophisticated monitoring techniques.” It was stated that the normal A-weighted scale was not appropriate for its measurement, and the problem was a real one, recommending in bold, “that full support should be given to the current program of research.” In the UK in 2001, a Report on Low-Frequency Noise by Stanger was prepared for the UK's Department of Environment, Food and Rural Affairs [11]. It drew on the Batho Report but went much further. Two years later, when the British Prime Minister launched [12] his country's “Our Energy Future,” largely based on wind energy, there was no mention whatsoever of low-frequency noise. What had happened? Although all potential sources of renewable energy were being considered in the early 1980s, by the mid-1990s, wind energy was deemed paramount by the UK's Government [13]. In 1996, the Department of Trade and Industry, whose remit was to create the optimal environment for business success, with no brief for environmental protection, established The Working Group (WG) on Noise from Wind Turbines [14]. The WG brief was to identify noise levels thought to offer a reasonable degree of protection, without unreasonably restricting development. Of its 14 members, six were directly, and two indirectly, connected with the wind industry, three were civil servants and three EHOs, with no medical or planning input whatsoever. The impact of Low-Frequency Noise was discounted, so A-weighted noise measurements were recommended, and only turbines to a hub height of 32 m were considered [14]. The WG's chief concern was to promote wind energy, irrespective of its impacts on rural communities. This resulted in the highest night-time noise limits permitted anywhere. A proposed review 2 years after 1996 never took place. In 2011, a letter written by the CEO of the Danish wind turbine manufacturer, Vestas, to the Danish Environment Minister, which was leaked and translated, asked why it was ... [15]

that Vestas does not just make changes to the wind turbines so that they make less noise? The simple answer is that at the moment it is simply not possible to do so, and it requires time and resources because presently we are at the forefront of what is technically possible for our large wind turbines, and they are the most efficient of all.

It seems that, in common with the tobacco industry, the wind industry was well aware that its products were inimical to health. The introduction of larger turbines is also problematic because the larger the turbines, the more noise they produce [16].

Over half a century ago, Hill wrote [17] that Public Health should be “ever striving for improved environmental quality with the accompanying reduction in disease morbidity and mortality.” We still have a long way to go to adequately protect people’s health from the impact of wind farm noise, as the authors’ findings have so amply demonstrated.

14. Working Group on Noise from Wind Farms. The assessment and rating of noise from windfarms. ETSU-R-97 final report, Department of Trade and Industry.

15. Letter written by the CEO of the Danish wind turbine manufacturer, Vestas, to the Danish Environment Minister; 2011. Available from: https://www.wind-watch.org/documents/letter-from-vestas-worried-about-regulation-of-low-frequency-noise/.