It has taken decades for us all to understand the pressing urgency of protecting the Earth’s environment by finding alternatives to fossil fuels. At last, the development of a green energy industry is presenting the opportunity to heal the environment … along with the opportunity to exploit it further. For politicians, going green provides a convincing election platform. For business, it offers the chance to make hundreds of billions of dollars. Green energy is the future and those who get in there first will benefit greatly. But not only honest players are championing this new industry. And nowhere is this more evident than in the massive development of industrial wind power.

Big Wind is a surprising and compelling documentary about the unprecedented rush to develop industrial wind turbines and how this is transforming the landscape in Canada and the world. The film investigates why governments are spending billions on wind power without first conducting health and environmental studies, why corporations are grabbing up precious farmland to put up hundreds of thousands of enormous industrial wind turbines, why people living near the turbines are falling ill, losing their animals and their farms, and whether these new “green” wind turbines are actually helping our environmental aims.

The rush to go green is pitting corporations against residents, government against citizens, neighbour against neighbour. Through the process the people are being stripped of their due democratic process.

Big Wind is a story of unethical political systems, corporate greed, and ordinary citizens who have had enough and are standing up to big government and big business. They are part of a growing revolution in rural communities in Southern Ontario and around the globe – people fighting to defend their homes, their way of life and the environment against Big Wind. It is a battle that will profoundly impact the green movement, as well as the well being of citizens in Canada and citizens worldwide for years to come.

Preview [1]
Complete Broadcast Movie [2]
Purchase to stream or own the expanded public release. [3] 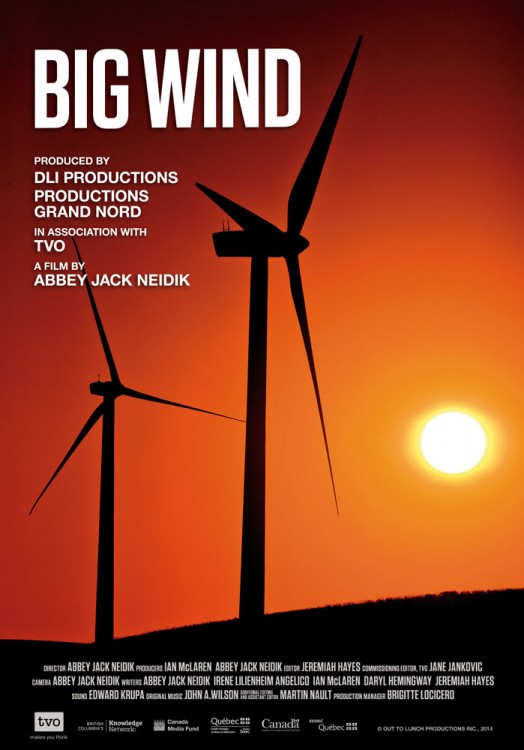