The Scottish Borders Network joined by South of Scotland groups will be hosting this year’s anti-wind turbine protest in Perth on Saturday October 19th. Supported by Scotland Against Spin and campaigners from across Scotland, the protest will highlight the particular plight of the country south of Edinburgh and Glasgow. More turbine development has been forced on this region than any other in Scotland. The Scottish Government is still denying the South planning controls which protect precious landscapes elsewhere in the country.

The latest figures from Mark Rowley of the Scottish Borders Network show how grim the situation is, particularly in Berwickshire:

To maximise the political impact, Scotland Against Spin is again taking a stand inside the SNP conference hall so that together with campaigners from the South of Scotland we will be lobbying ministers, MSPs and Councillors throughout the conference. Anyone planning to come on the protest will also be encouraged to contact their local SNP representatives for a face-to-face meeting in Perth.

The last anti-wind protests at SNP conferences in Perth and Inverness showed how people on the streets force politicians like Alex Salmond and Fergus Ewing to sit up and listen, even when they really don’t want to. Protestors can reach parts that the best emails, letters, internet and press campaigns can’t! Every single person who comes to Perth is a reminder that each consented turbine is costing the party votes in the referendum and subsequent elections.

As with previous protests, our aim is a peaceful, playful protest at which everyone, and especially children and families, are welcome. Kick-off is at 12.30pm at the South Inch car park, with a procession through Perth to the Concert Hall for 2pm. Alex Salmond will be making his keynote speech inside as we present an alternative speech outside.

We’ll be issuing regular Updates with more detailed plans and suggestions. If you would like to receive these by email, and are not already registered as an SAS supporter, or have any questions, please email: demo@scotlandagainstspin.org

This is your chance to show the Scottish Government that you have had enough of ruinous turbine development everywhere in Scotland! 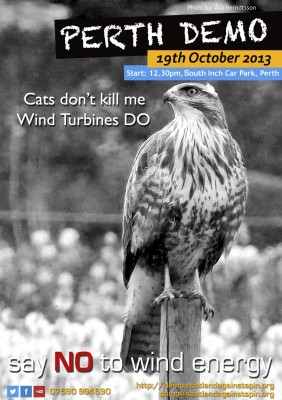 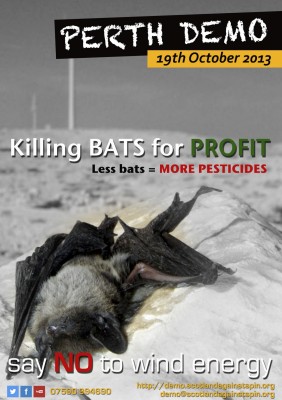 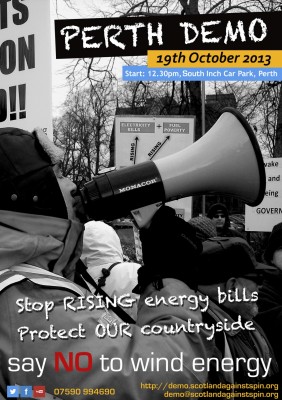 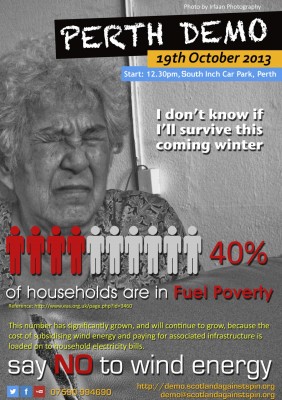 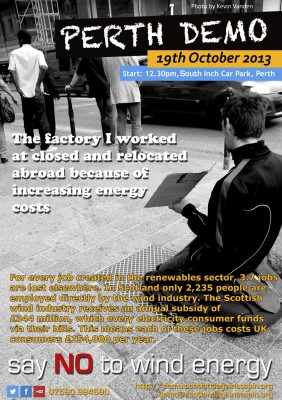 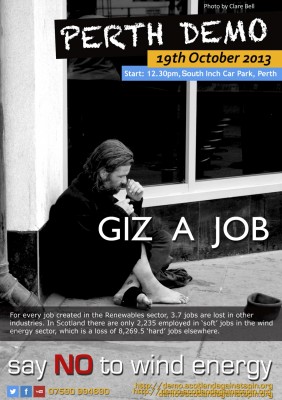 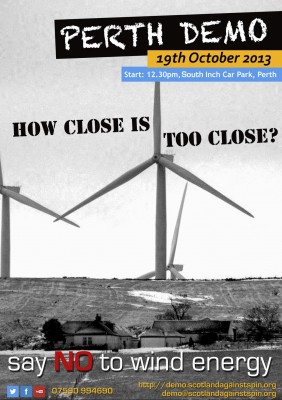 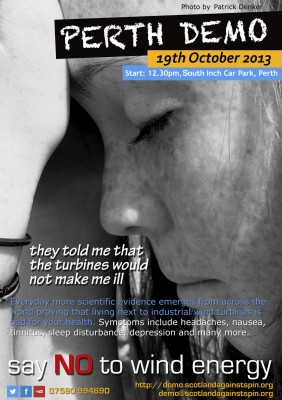 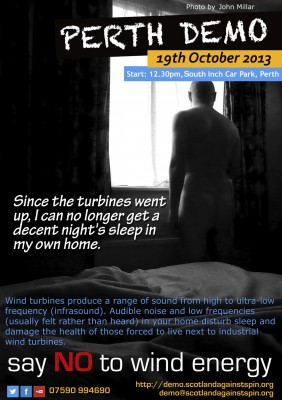 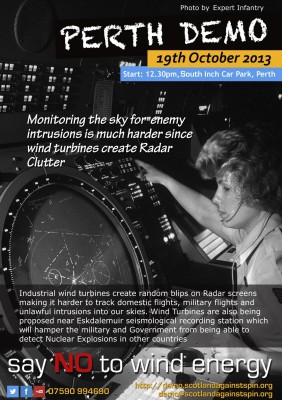 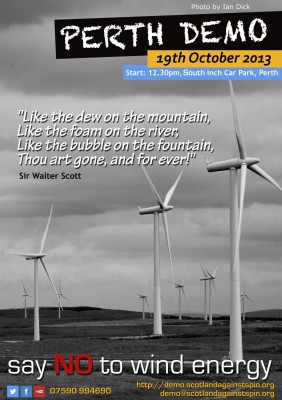 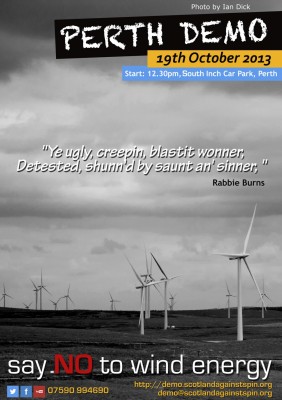 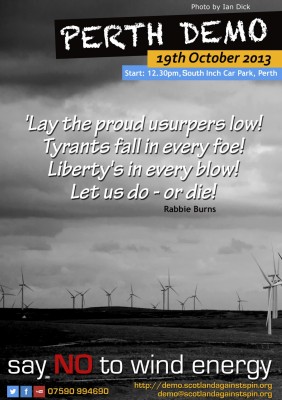 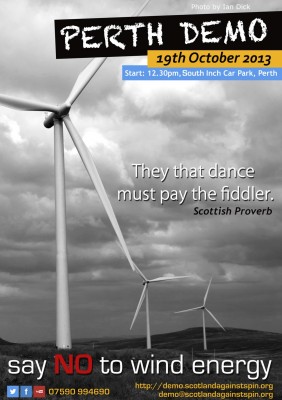 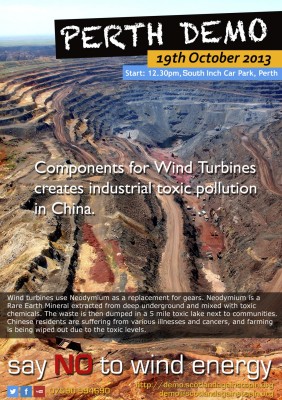 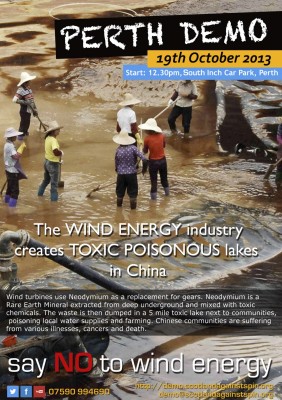 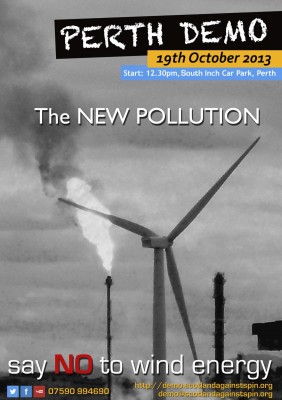